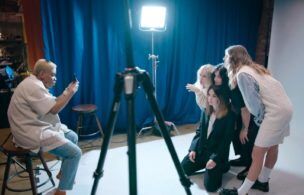 Hulu is bringing photography to a new platform with its reality competition series Exposure.

Set to kick off on Monday, April 26, Exposure is created by BBH Entertainment and produced by Westbrook Media. Check out the teaser, above, for an exclusive first look at the show and cast, including host Cole Walliser and head judge Cat Jimenez. See Also‘The 1619 Project’ Docuseries Will Debut on Hulu
The project, published in The New York Times, is a reframing of American history centered around the consequences of slavery.

So how does it work? Exposure puts eight creative photographers in the spotlight as they compete for a chance to win a prize valued at $250,000 provided by Samsung. They’ll be tasked with multiple challenges using mobile phones from Samsung in order to win the title of America’s best mobile photographer. Every episode features two challenges and is themed, e.g., #ThrowBackThursday, which is first up and which tasks contestants with capturing a relationship “then and now.”