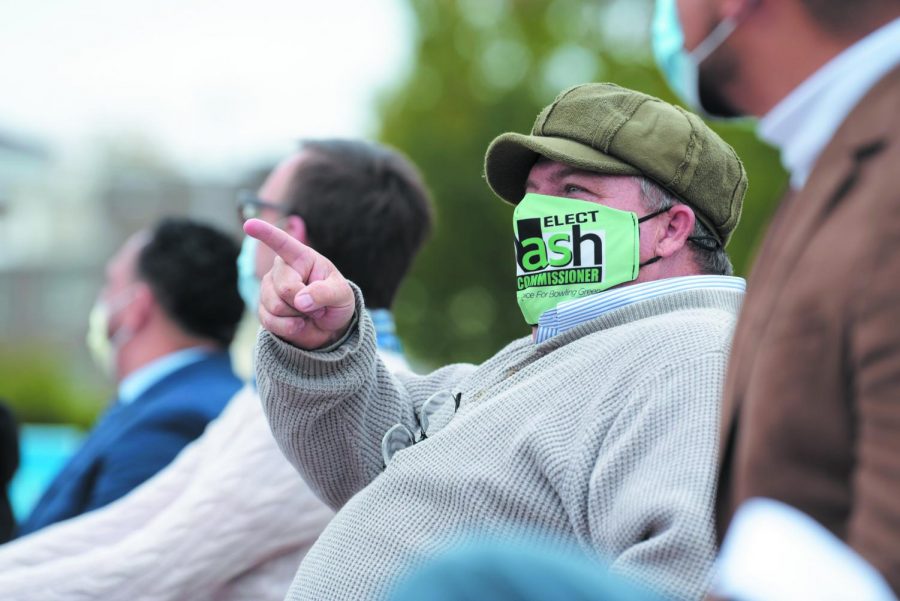 Brian “Slim” Nash has been on the Bowling Green City Commission for 12 non-consecutive years and this year is seeking re-election for a fourth term.

Throughout his years on the commission, there are three things he’s most proud of — the Clean Indoor Air Ordinance, the building of the Bowling Green Skatepark and the introduction of the Fairness Ordinance.

The Fairness Ordinance is a change first proposed by Nash in 2017 that would change an existing law to add “sexual orientation” and “gender identity” to the classes of people protected against discrimination.

In addition to language pertaining to sexual orientation and gender identity, it also adds language about responsibilities of religious intuitions, something that has been a center of some controversy around the ordinance.

“I don’t want discrimination of any kind,” Nash said. “I don’t want to say, if your religious beliefs are this that you have to do that, but it’s also about public accommodation.”

As for whether the language added would create a limitation on free speech, Nash said the ordinance was written by mirroring different communities and that some of those communities have seen legal challenges to their ordinances.

“The law has determined the difference between free speech and hate speech,” Nash said. “This part [of the ordinance] is designed to eliminate the kind of language that incites violence, and admittedly the First Amendment is tricky.”

In 2020, the issue of Black Lives Matter has risen to the center of public attention and sometimes criticism because of the way communities have reacted around the country.

“Reaction in Bowling Green has been different,” Nash said. “I am pleased we are not experiencing issues in Bowling Green like we’ve seen in other communities. That’s a testament to our community, our city government and the city police.”

While he understands there are issues in the Bowling Green Police Department, he also gives them a tremendous amount of credit for the open door policy they’ve always had in his experience with BGPD.

Although not a proponent of defunding the police, he says he supports making the police better, and that includes increasing resources available to the police department.

Affordable housing is a problem in Bowling Green but one that can be solved, Nash said.

“The city has a number of properties right now that are not being used,” Nash said. “In addition to those properties, we have a lot of households who are really behind on taxes or own properties in dire need of repair.”

Nash proposes to give some of the land the city currently owns to developers who would build and sell affordable single-family homes in these forgotten neighborhoods.

He would also like to approach residents whose homes are in need of substantial repair or that owe a large amount of unpaid taxes to try to give them a “way out.”

The city would negotiate to purchase a property with cash or forgive the past-due tax obligation in exchange for the property in question, and then the property would be given to a developer, Nash said.

Developers would be required to sign a contract with the city that guarantees they are being good stewards, and the people who turn over their homes would sign a contract to transfer ownership, Nash said.

The Bowling Green and Warren County Metropolitan Planning Organization is a committee that oversees road and transportation policy in Warren County and recently released its 2045 Plan.

“I believe it’s vitally important to plan for the future, and I believe that’s what the MPO is doing,” Nash said. “The MPO [report] is a living, breathing document and is a road map for the future.”

The plan includes $355.6 million in projects to be paid for over the next 25 years and over $1 billion in proposed projects that are not yet approved. Much of the conversation around the MPO involves funding and a push to get more grants to pay for these projects, Nash said.

“I don’t believe the MPO is recommending a change to metro government, but there is a lot of talk about it,” Nash said. “I’m not closed off to a unified government, but I’m not a yes vote right now either. If we don’t plan for the future, we’re going to get left behind.”

While recycling is something Nash considers important, it’s not something the city commission deals with, he said.

Waste management is the responsibility of the county government and aside from supporting recycling efforts, Nash had nothing further to add on the issue.