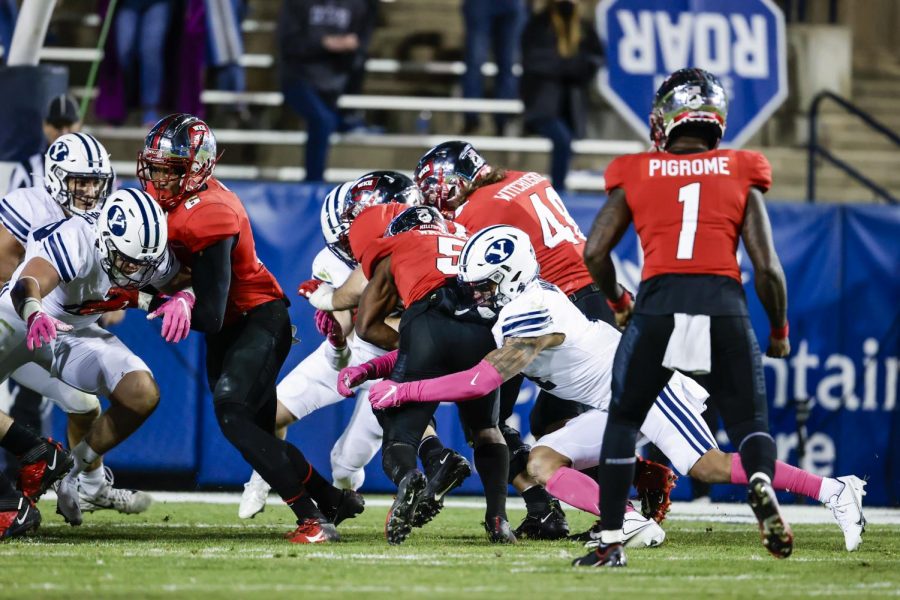 Most of the time every coach, player, trainer, and even fan of a college football program will tell you that it’s a failed year if their team does not have a winning season.

Kickoff is set for 5:00 p.m. CT at FAU Stadium in Boca Raton, Florida.

“Confidence has never been really an issue here at WKU regardless of the outcome, what’s going on. And that’s just the culture of the program,” defensive coordinator Clayton White said.

Coming off of a tough outing, in which he threw for 106 yards on 30 passing attempts, graduate quarterback Tyrrell Pigrome will once again be the starting signal caller for WKU against the Owls.

Pigrome has yet to have a single game this season where the dual threat quarterback has thrown for more than 200-yards, and that goal may not be reached this weekend against FAU’s defense.

The Owls rank fourth in Conference USA in total defense, second in scoring defense, and second in rushing defense.

“Their defensive coordinator does a great job of schematically defending what that team does each week,” offensive coordinator Bryan Ellis said. “It starts out up front. They got good players up front that will allow them to do some things to let those linebackers run around.”

The bright side for Pigrome though, is that the Owls do have a soft spot when guarding the pass. FAU is giving up 230.3 passing yards per game, which ranks seventh in C-USA.

If Pigrome can get some help in the run game from his senior running backs in Gaej Walker and Jakairi Moses, then the Maryland transfer could have his best game in a Hilltopper uniform.

Walker is coming off of back to back weeks, in which the veteran has rushed for over 75-yards and seems to be finding his groove heading into the final stretch of the season.

Moses is coming off of a week, in which he was just announced as a nominee for the 2020 Mayo Clinic Comeback Player of the Year award.

After sitting the past two seasons out with an ACL tear, the scrappy running back is averaging 5.9-yards per carry on 183 yards rushed this season.

The Hilltopper defense on the other hand, is the exact opposite of what the FAU defense brings to the table.

WKU’s passing defense has been some of the best in C-USA, ranking second in the conference in that category giving up 190.0-yards per game.

Stopping the run though is another story. The Hilltopper defense has become an amusement park for running backs this season, as WKU is allowing 185.7-yards per game on the ground.

The Hilltoppers will also be going up against a former WKU football legend in the Owls’ head coach Willie Taggart.

Taggart was a four-year starter at quarterback during his playing days with the Hilltoppers, as well as played the role of head coach of the program from 2010-2012 finishing 16-20 during his tenure.