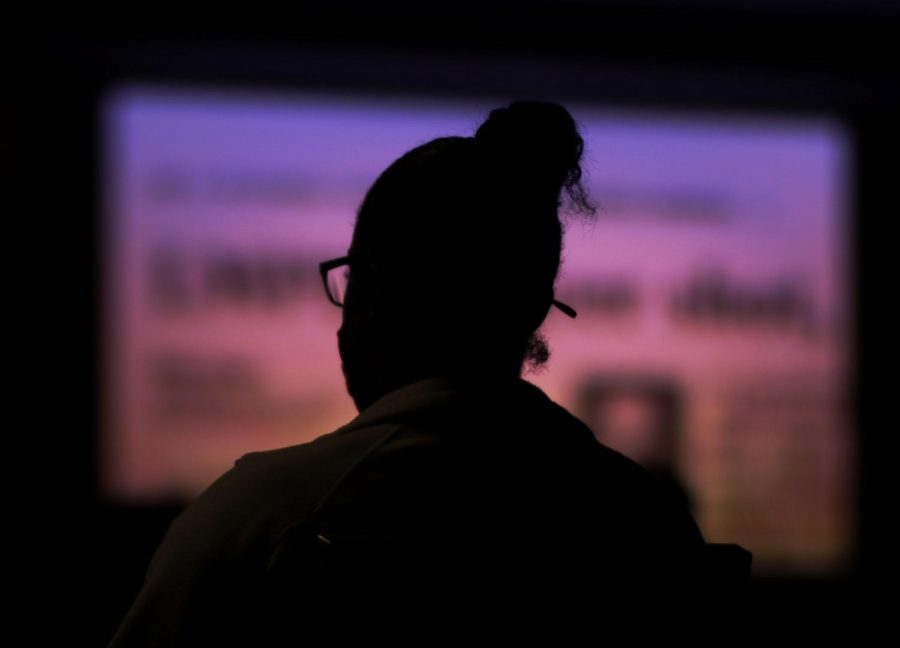 Students watch a special report film by the New York Times on the killing of Breonna Taylor in Louisville, Ky. November 4, 2020.

The ISEC Academy hosted a watch party Wednesday for the Breonna Taylor documentary created by the New York Times and held an election discussion to give students an opportunity to ask questions and express opinions relating to the current political climate.

The event was organized by Ebony Dunn. Dunn is a freshman from Louisville who is studying fashion merchandising. Dunn kicked off the event by sharing her own feelings about the documentary.

Dunn also shared her own personal story involving gun violence when she was shot earlier this year. She was not shot by police, but just happened to be out with her family when it happened. She explained how that experience made her turn to social media to spread awareness.

“I didn’t get to march for the last two months because of recovery,” Dunn said. “I was out there, texting, tweeting, reposting as much as I can with what’s going down and local because social media does go a long way with the reposts, with the retweets, with text.”

The election discussion included a guest speaker, Associate Professor of Political Science Saundra Ardrey. Ardrey explained the numbers of votes that were released on election day did not include all of the votes.

“So on election day all of those snapshots and all of the numbers you saw,” Ardrey said. “Those were from people who voted on election day. Those were people who voted on election day so if you turned out to vote. Yesterday, your votes are being put out there, they’ve been counted, and they’ve been delivered. That’s the number you’re seeing now. That’s why Trump’s numbers look strong and are continually changing because the numbers that are not the balance that have not been counted yet are being slowly counted now are from millions. And from early, and they’re just not being counted.”

After finishing the documentary, Dunn wrapped up the event. She mentioned President Trump’s response to being asked about Breonna Taylor.

“This is why we scream justice,” Dunn said. “I wouldn’t want Trump in that office. I just don’t want him in office anymore, because he can’t even say her name. When it comes up in discussion [and] interviews he tries to brush it off. But it’s all across the nation so you’ve had to talk about it.”