Charlotte cancels due to rise in COVID-19 cases 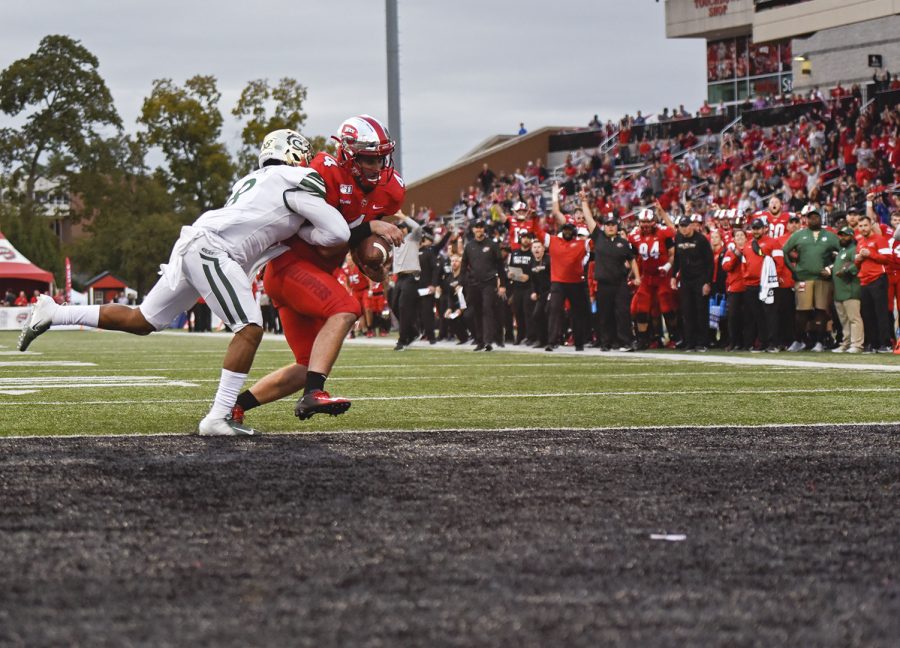 Quarterback Ty Storey scores a touchdown that led the Western Kentucky University Hilltoppers their victory against the Charlotte 49ers on Saturday October 19, 2019. The Hilltoppers homecoming game ended with a score of 30-14 in their favor.

Tuesday’s scheduled matchup between WKU and Charlotte University has been cancelled due to more positive COVID-19 cases arising in the 49ers program, Bryan Fyalkowski, associate director, stated in an email.

Tomorrow’s game was set to kickoff at 9:30 a.m. CT at Jerry Richardson Stadium in Charlotte, NC.

A press conference on the situation from WKU athletic director Todd Stewart and head coach Tyson Helton has not been called for, but it’s something to look out for in the upcoming week.

The Hilltoppers sit at 4-6 on the year, with their best victories coming against Middle Tennessee State University and Southern Mississippi. WKU is also coming off a home win against Florida International University, giving the Hilltoppers their first win streak of the seas