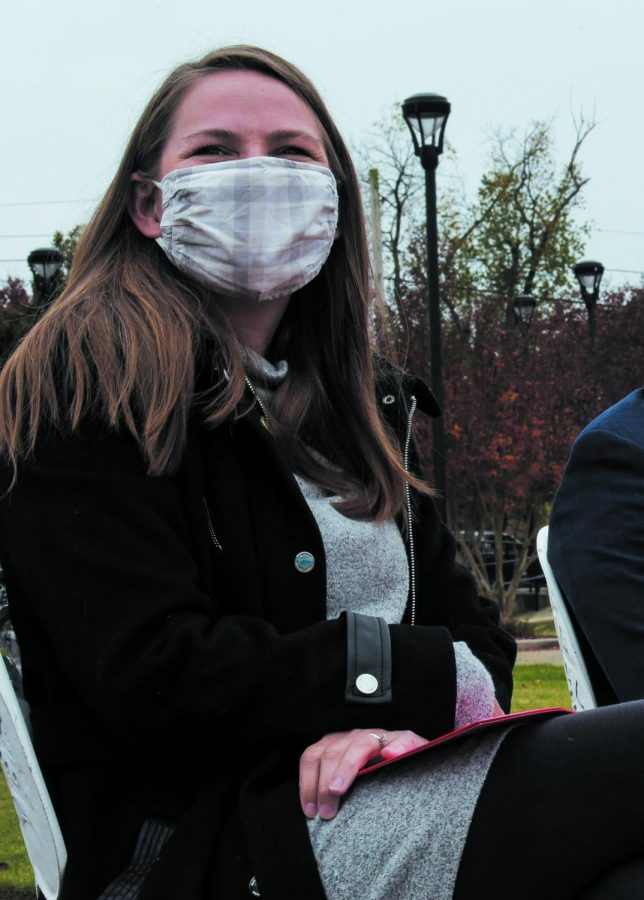 Beasley-Brown works at Bowling Green Junior High in the Youth Services Center where she is daily supporting kids and their dreams.

Beasley-Brown supports the Fairness Ordinance and told WBKO on Oct. 22 she is most passionate about making sure that “all of our children and families thrive.”

“I challenge anyone who thinks that we do not need to pass the Fairness Ordinance to have a conversation with someone who’s directly impacted by it. I believe deeply that if we can see even one child’s life by passing a law that declares that all citizens deserve basic human rights, it is the right and moral thing to do,” Beasley Brown said.

On Sept. 25, Beasley-Brown attended a Black Lives Matter protest at WKU. She was a speaker at the event and received support following her message.

Web writer for the Talisman Staci Henderson reported on the event and heard what Beasley-Brown said at the protest.

“We need, in this moment, to expect that our leaders understand that this is a moment where you drop everything so that your students know that their lives matter,” Beasley-Brown said.

Beasley-Brown said to WBKO that far too many families are paying the majority of their paycheck on rent and utilities with barely anything left for the basic necessities.

“The first steps I’m going to continue to advocate to implement the recommendation from this study because we know that the stress of worrying if you will have a safe place to call home is a barrier to a family’s ability to thrive,” Beasley-Brown said.

She came to WKU 20 years ago to attend college. She was elected to the city commission in November 2018

As a City Commissioner, Beasley-Brown is appointed to the Barren River Health District Board and the Economic Development Incentive Program Committee.