A Voice of Change for the Younger Generation 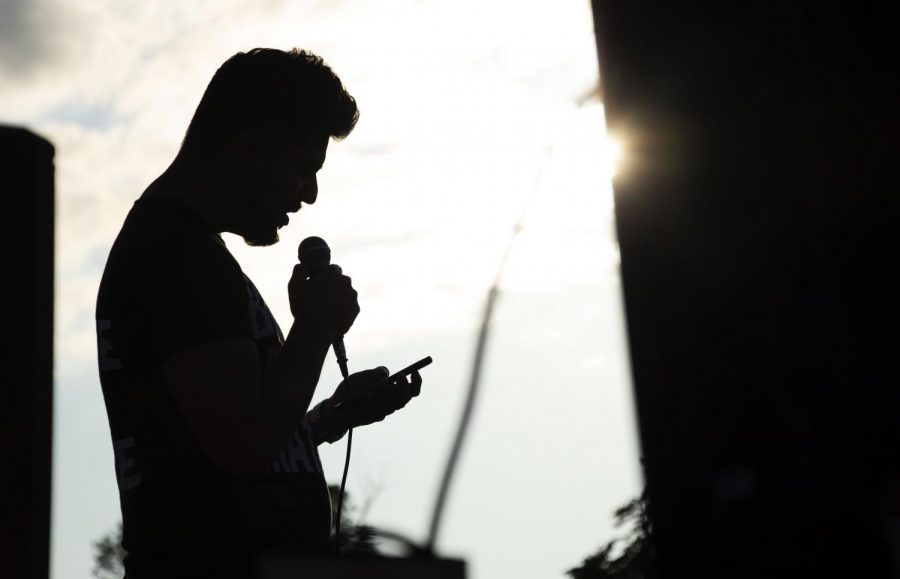 Francisco Serrano, a candidate for Bowling Green City Commissioner, speaks to the crowd of Black Lives Matter protesters in Circus Square Park on Sept. 26, 2020. Serrano included a personal connection in his speech by sharing that his little cousin was hit by a car and killed on March 30, 2016. She was struck in the same spot that a 5-year-old Black child was hit and killed in the 80s. His mother fought tirelessly to have a stoplight placed in that location but to no avail. “Change did not happen for their family and for this community,” Serrano said. “At the end of the day these are our lives we are fighting for.

“I’m bringing fresh new ideas not only from our generation, but many other generations that live here in Bowling Green that echo the same idea that they want to see represented in our current government,” Serrano said.

Along with bringing diversity to the Bowling Green local government, Serrano stands for police reform.

“I personally have applied for the police department, and I’ve seen a lot of different places where we can improve on,” Serrano said to WBKO. “I’ve also been racially profiled in the past by police. And I believe there needs to be a call for a town hall on race and city police.” Serrano attended and spoke at multiple Black Lives Matters protests in support as an ally to the Black community. “I may not be Black, but my heart breaks for the Black community,” Serrano said while at Circus Square Park during the Justice for Breonna Taylor protest held by the BG Freedom Walkers.

Part of the reason Serrano is running for City Commissioner is because he hasn’t seen the “allyship” he wants from city officials. He stands with the BG Freedom Walkers and their demands including eliminating no knock warrants along with getting rid of bad policing.

Serrano became political on March 30, 2016. His cousin, Giselie Arias, was hit and killed on the corner of Gordan Avenue and Scott Way, the same location Burt Brumett was killed in the 1980s. Although Brumett’s mom fought hard for a stop sign to be placed there, Arias met the same fate.

“She died in a school area that should’ve been safe,” said Serrano.

That incident taught Serrano the power of unity when the entire neighborhood came out and blocked off the road in support for protecting the future lives of children.

“At the end of the day these are our lives that we’re fighting for,” said Serrano.

After blocking off the road and months of pro- testing, the neighborhood were able to get a stop light placed at the intersection. Serrano’s goal is to help populations in need of assistance as he is still studying to be an attorney specializing in immigration here at WKU.