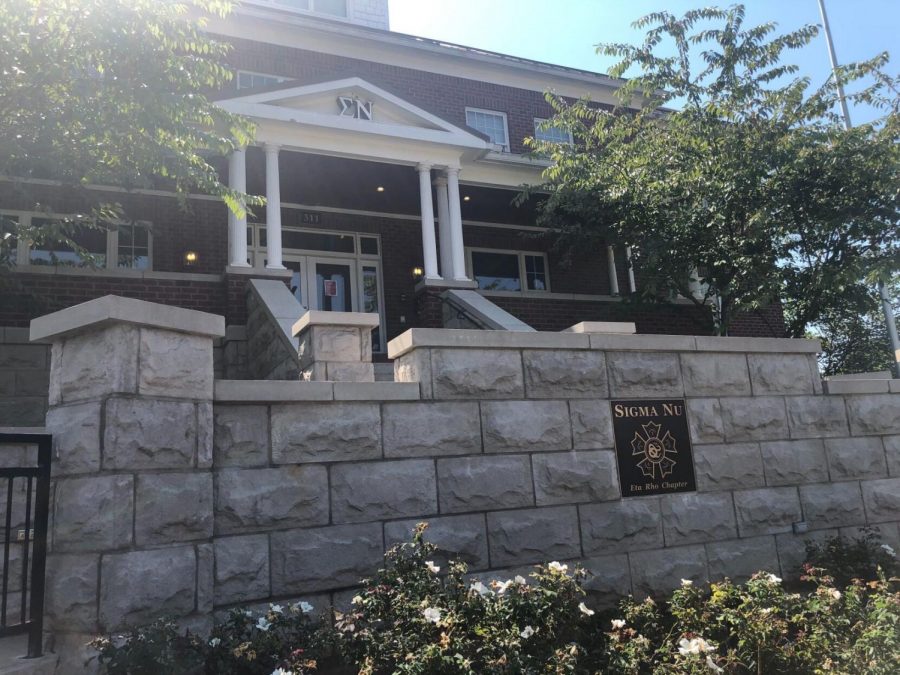 Two fraternities, Alpha Gamma Rho and Sigma Nu, are under temporary suspension following violations of WKU’s COVID-19 safety guidelines, according to documents obtained by the Herald.

Andrew Rash, coordinator for Greek Affairs, said that AGR and Sigma Nu will both be able to participate in Spring Rush assuming they fulfill their requirements to be reinstated.

Two other fraternities, Pi Kappa Alpha and Sigma Phi Epsilon, are “essentially on probation” for similar violations, according to Rash.

Following reports of violations, Alpha Omicron Pi, Chi Omega and Sigma Alpha Epsilon received interim suspensions this month that have since been lifted, according to documents requested from WKU and Rash.

The Herald reached out to the Office of Student Conduct regarding the details of these cases including requirements for reinstatement, but Michael Crowe, the office’s director declined to comment.

WKU’s “Healthy on the Hill” guidelines prohibit gatherings of more than 10 people for one event, limiting the number and types of events Greek organizations can host.

Charley Pride, director of Student Activities, said that he understands why students want to continue meeting de- spite the dangers of COVID-19, but safety is still a top priority.

“People want to have an experience that sometimes means more than 10 people together,” Pride said. “Whether it be class, whether it be at Preston, whether it be in a social setting, people are longing for that type of experience. They’re social people, that’s why they’re coming to WKU.”

Pride said several nights a week he will walk along chapter houses to enforce safety guidelines and ensure there are no large events where people are gathered. The office has tried to make affiliated students aware of the dangers that hosting events presents.

“What we’ve tried to do is educate them on what is acceptable,” Pride said. “What has been told to them [is] that they’re not supposed to be gathering for social reasons with more than 10 people.”

Rash said while the increased regulations on events have presented more work for his office, he’s confident that they can handle enforcement of “Healthy on the Hill” guidelines.

“I don’t think anyone has been fully prepared for anything this year,” Rash said. “But we’ve handled things to the best of our ability, and we’re still able to keep up with the changing times.”

Pride also said that his colleagues have done well to adapt to the new challenges that come with COVID-19.

“I think we have good people working with our students and trying to educate them across the board here for the Enrollment and Student Experience division,” Pride said. “I think we’re doing as well as we can. It really is learning on the fly what you have to educate people on.”

Pride said that the challenge of preventing the spread of COVID-19 isn’t too different from issues his office normally deals with.