Herd Tramples WKU on homecoming, UAB up next 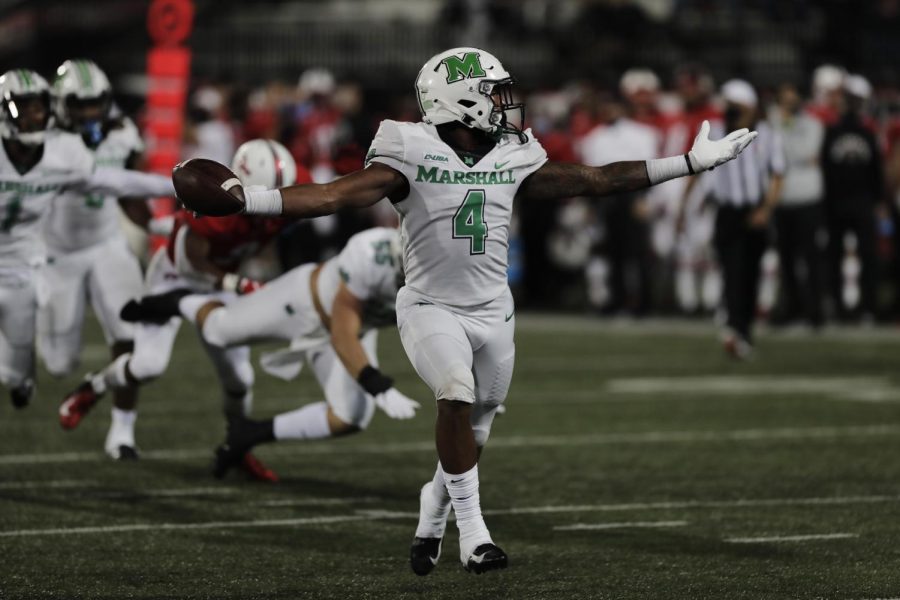 WKU will now have to face an arguably more challenging foe in last year’s Conference USA Champions, the University of Alabama at Birmingham (3-1), (1-0, C-USA). UAB had their most recent scheduled game against Rice postponed due to COVID-19 concerns.

The third road game of the season for the Hilltoppers will be played at Legion Field next Saturday on Oct. 17. Kickoff is slated for 12:30 p.m. CT.

The Blazers are led by senior running back Spencer Brown, who is ranked No. 2 in C-USA in rushing with 450 rushing yards in four games played.

And speaking of dominant running backs, it was junior Brendan Knox who was the go-to guy for the Thundering Herd against WKU Saturday night. Knox had three touchdown runs while rushing for 107-yards.

Thanks to a very strong beginning that they never looked back from, Marshall handed WKU their first conference loss of the year. This moves the Hilltoppers two games below .500.

“As a head coach, the first thing I gotta do is look at me and say, ok how do I get better to help the football team,” Head Coach Tyson Helton said. “I didn’t see a lot of positives, I saw a lot of good men fighting and kept battling and tried to do their best.”

Perfection is a word that wouldn’t be enough to describe how well the rainy dark night began for the green side of the Moonshine Throwdown.

Before the fans could even settle into their seats, Marshall converted a two-play scoring drive in a matter of 48 seconds.

Looking to erase the goose egg off the board for his squad, graduate quarterback Tyrrell Pigrome coughed up his first turnover of the year that was recovered by the Marshall defense at their own 40-yard line.

The fumble turned out to be costly, as that very next offensive drive for the Thundering Herd resulted in a five-yard touchdown run for junior running back Sheldon Evans. Marshall led the Hilltoppers after the first quarter 14-0.

It didn’t get any better for WKU in the second, as the Thundering Herd proceeded to put up another 14 points before the half, one of those scores once again coming from a fumble out of the hands of Pigrome.

Both of the second-quarter touchdowns for Marshall came from Knox, who had a one-yard and nine-yard touchdown score. Within a blink of an eye, the Hilltoppers were heading into the locker room down 28-0.

Towards the start of the third quarter, Pigrome again fumbled the football on a botched handoff to senior running back Jakairi Moses. The ball was picked up by senior linebacker Tavante Beckett and returned 38-yards to the endzone to increase his team’s lead to 35-0.

Sophomore Kevaris Thomas took over the reins at quarterback after Pigrome’s third turnover of the ballgame.

“We’ll continue to rep our guys, I want to get into practice and all those kinds of things. Its early in the week so we have a lot of game planning to do but we’ll see,” Helton said when asked about who will start at quarterback for WKU this coming Saturday.

Thomas produced the only two scoring drives for the Hilltoppers, which were his 2-yard run to end the third quarter and a 26-yard pass to freshman tight end Dalvin Smith towards the end of the fourth quarter.

That second-half spark from Thomas wasn’t enough, as Marshall played spoiler on what was supposed to be a celebratory night in Bowling Green.

“We had a very big talk about unity tonight before the game,” Thomas said. “We just said no matter what happens we have to stick together and that’s what I went in and did, stuck together with my offense.”

WKU will play the role of underdog against UAB this upcoming week, in preparation to knock off one of the best teams in C-USA.