Lady Toppers to host UAB and MTSU for season opener 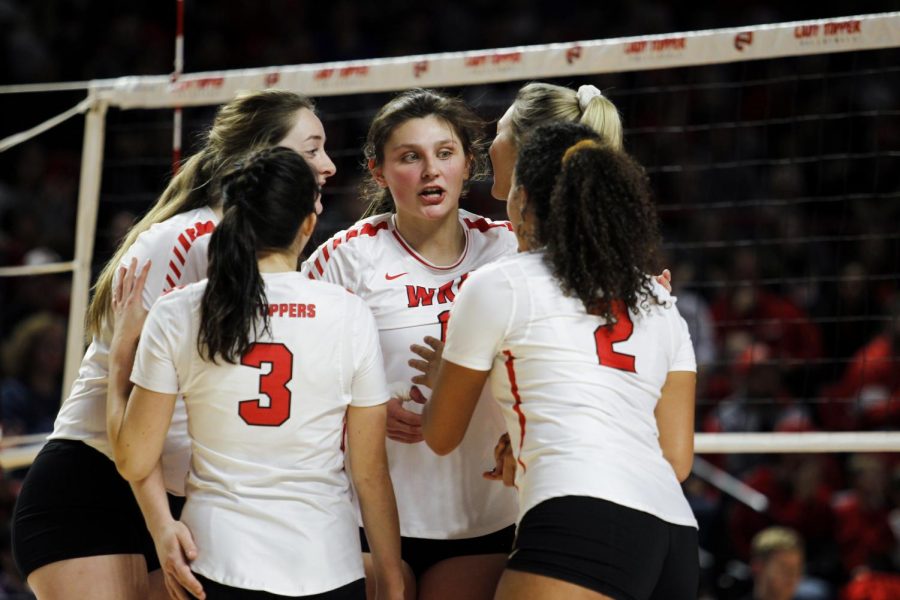 WKU freshman outside hitter Paige Briggs communicates with her teammates during the volleyball team’ match against Kennesaw State in the first round of the NCAA tournament in Diddle Arena on December 5, 2019. WKU swept the Owls 3-0.

The match will take place Saturday, Nov. 7, with the first serve against the Blazers slated for 11 a.m. CT.

The match will count towards both teams’ records but not as a conference tilt, according to an email sent Wednesday by Jessica Leifheit, Associate Director of Communications/Media Relations for WKU Volleyball.

The team was forced to reschedule their original season opener, against Mercer, which was scheduled for Oct. 2, but canceled due to COVID-19 concerns.

The WKU versus UAB match will not be open to the public, but fans are able to stream the match for free on the Hilltopper Sports Satelitte Network’s, or HSSN’s, Facebook page.

Two exhibition matches will be following the game. UAB and MTSU will play at 2:30 p.m. CT, and WKU will play a second match at 4:30 p.m. against Middle Tennessee State University.

“These contests will conclude fall competition for WKU Volleyball,” Leifheit said in the email.

News and Volleyball reporter Cassady Lamb can be reached at [email protected] Follow her on Twitter at @lambp0p.