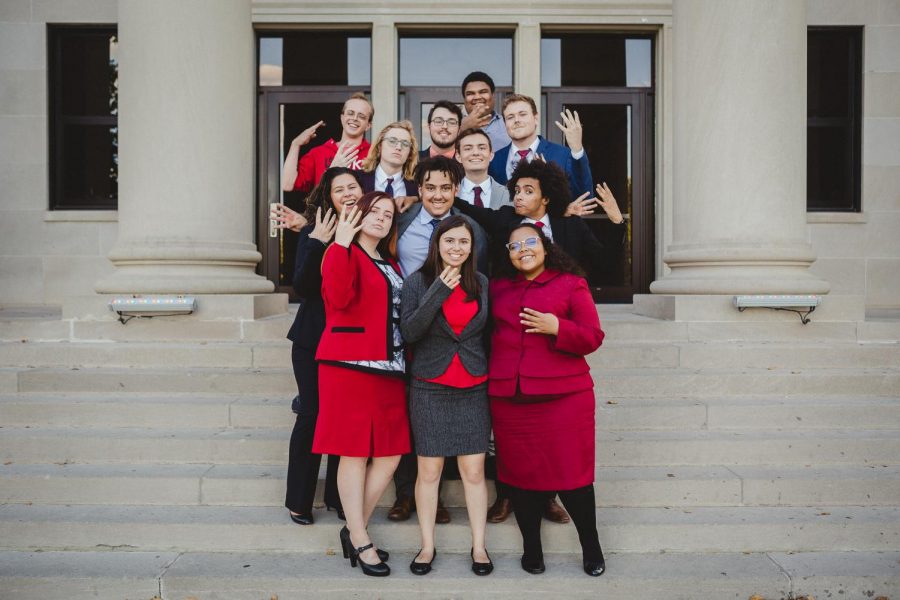 The WKU Debate Team during their 2019 season.

COVID-19 has caused several clubs and organizations to transition to a virtual format this year. The WKU Debate Team is no different.

This transition is causing many changes to the program. According to Ganer Newman, the director of forensics at WKU, the team is aiming to open up their recruitment to anyone who is interested in debating, with no prior experience.

The decision to open up recruitment was made after the competition scene for debate tournaments transitioned to an online format. Newman said in an informational meeting Thursday that the team no longer has to worry about their travel budget limiting their roster, allowing them to have as many team members as possible.

Director of Debate Chad Meadows highlighted some of the benefits of joining the WKU debate team as well.

Meadows also spoke on the success of the WKU debate team, boasting the seven national titles they have acquired over the past 10 years, and their recent victory in the WKU fall tournament.

Meadows and Newman also pointed out that the team’s main goal is to help students prepare to tackle their professional lives after they graduate from WKU with the skills that they will gain and develop throughout their career with the team.

It is not too late to join the team either. For more information on joining the WKU Debate Team, you can email Ganer Newman at [email protected]