Voices on the Inside:stories from students in quarantine 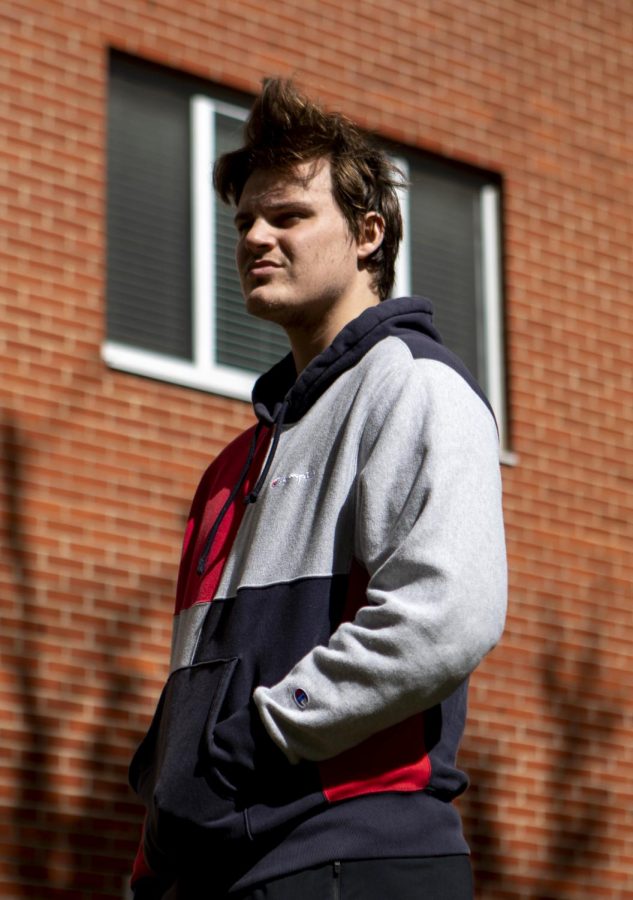 Sam Padgett is a WKU student that was quarantined with COVID-19 in September 2020.

The walls of Barnes Campbell Hall are a familiar dorm-beige. There are room numbers missing from different parts of the walls. The noise comes from the construction site on the other side of the windows — a new dorm being built for next year’s freshmen.

“This is Sharon Hunter.”

Her voice comes across the phone, followed by an explanation of procedures for moving into Barnes or going home. She’ll ask questions about how the student is and if they’re ready to move. Then, she’ll tell them when they’re going to move from one dorm to the next and that Environmental Health and Safety will be sending someone to pick them up if they can’t move themselves.

She’ll also send them an email with a list of procedures, what to pack and an intake survey, asking things like when and where they got tested and who their emergency contact is.

Another set of names and faces involved come from EHS. David Oliver, director of EHS and emergency manager, or Melna Wilson, an EHS/EM coordinator, could be the one to take them on a golf cart from their dorm to Barnes.

They’ll all be working to get COVID positive or traced students into quarantine as fast as possible.

“Our goal with this is to get them in quarantine faster because it takes pub- lic health a day or so to get the test results and to get back with them so we’re trying to work ahead to prevent the dis- ease spread,” Oliver said.

A sophomore exercise science major from Louisville, Padgett was in Barnes from Sept. 17 to Sept. 26. He was told that he could get out on the 24, but thought that was too early and decided to stay a couple of days.

Before his quarantine, Padgett had hung out with friends and heard one had COVID-19, so he went and got tested. This test came back negative.

The next weekend he hung out with some friends in Lexington and started feeling bad after. He waited two days before getting tested. This test came back positive.

Padgett was sent to Barnes the day after his positive test.

“They sent somebody with a golf cart — took them forever to get here,” Padgett said. “They said they’d send someone before 1 and it was like 2 o’clock and no one had called us.”

Padgett and his roommate both went into Barnes. His roommate was on the sixth floor because he was a contact trace for living with Padgett.

Padgett described his time in quarantine as “probably one of the worst weeks of my life.”

Padgett said his room had ants, he was woken up at the crack of dawn by construction noise and the water was hot in the toilets you could feel the heat rising out of it. He, like the other students in Barnes, did not receive a key for his room.

“I was always afraid that someone might come into my room one day,” Padgett said.

Chris Willis, a freshman broadcasting major from Louisville, was quarantined in Barnes from Sept. 17 to Oct. 2. His roommate tested positive for COVID-19

so Willis had to quarantine as a close contact even though he tested negative. Willis faced issues with a few days of cold water in showers and generally lukewarm food. He said they had no supervision but that students stayed in

their dorms.“It was just kind of sit in your room

being kind of bored, honestly,” Willis said. “It wasn’t the best experience be- cause you couldn’t talk to anybody but it wasn’t the worst.”

Willis described the experience as something he would never wish upon someone else. He said that it was hard to get food and the community bathrooms didn’t seem safe.

A freshman entrepreneurship major from Lexington, Randall had “a quarantine and a half” according to Hunter.

He started his quarantine as a contact and spent his first eight days in Barnes. He then went home to finish his quarantine. His parents had him tested again and it came back positive.

Randall then had to spend 10 more days in quarantine.

He returned to Barnes, where he encountered similar problems to other students. However, he faced an additional challenge of waking up from a nap to bees in his room.

“The showers were either you’re burning and gonna die or you’re gonna freeze,” Randall said.

“We usually would yell out of our windows and talk to each other,” Carter said.

Carter mentioned problems with the food being cold and the hot water going out during her stay. Carter also did not have a key to her room.

Shackelford described difficulties with the process of moving into Barnes and getting help once in Barnes. She mentioned there was no resident assistant to help students out.

“You’re very much left on your own,” Shackelford said.

Elliott, who was the first to test positive, chose to go home for her quarantine. She tested positive on Sept. 9, but received a call about her positive case from Bowling Green’s health department at the beginning of October.

“I understand that not everybody has that opportunity to do that,” Elliott said. For Shackelford, the guidelines and information about going into Barnes seemed overwhelming. The rules about staying in one’s room didn’t seem to make much sense because the bath- room and food was located outside the room.