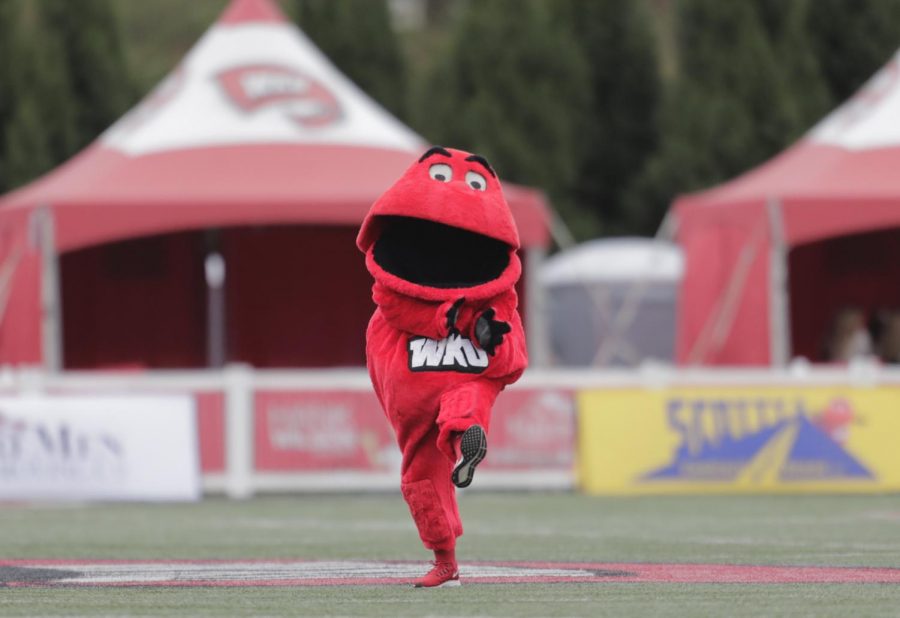 “It would be a huge win for our program, maybe the biggest win,” head coach Tyson Helton said.

The Hilltoppers will go to battle against the undefeated Cougars at LaVell Edwards Stadium. Kickoff is set for 9:15 p.m. CT on ESPN.

And speaking of ESPN, WKU only has a 4.1% chance of coming out of Utah with a victory according to ESPN’s Football Power Index.

“Throughout the years, you know my four years, I haven’t played anybody as big as this,” senior safety Antwon Kincade said.

In order to pull off the upset, the brunt of the success for the Hilltoppers is going to have to come from the defensive side with BYU’s junior quarterback Zach Wilson having a career year.

Wilson has put up 1,928 passing yards and 16 passing touchdowns in his six games played this season. With all that being said, the veteran has only thrown one interception in the process.

“He’s definitely the main guy, the main focal point of the offense,” defensive coach Clayton White said when talking about the Cougars quarterback.

One way the Hilltopper defense can try and neutralize Wilson is to hold star junior wideout Dax Milne. The wideout is averaging 106 receiving yards per game and has five receiving touchdowns to go with it.

WKU’s defense could not be coming off of a better game to gain some momentum before having to face this dangerous BYU offense. The Hilltoppers let up 10 points to the University of Tennessee at Chattanooga last Saturday.

“The momentum on Sunday, it was way better than the Sunday’s before. I think that just feeds into a good week of preparation and focus,” White said.

After a masterful fourth quarter against the Mocs last week from graduate quarterback Tyrrell Pigrome, Helton decided to go back to Pigrome for the starting quarterback role against the Cougars.

Redshirt sophomore quarterback Kevaris Thomas has been ruled OUT for Saturday, after injuring his hip in the second half of last week’s game.

WKU fans are hoping that Helton’s benching of Pigrome in the Marshall game has awakened the dual-threat signal caller’s play. Pigrome threw for 73 passing yards and completed a game winning touchdown pass in the final minutes against UTC.

Senior running back Gaej Walker looked to be finding his last year’s self last weekend, when he rushed for a season high 88-yards on 17 carries. Senior running back Jakairi Moses also ran the ball well, averaging 7.8 yards per carry on his 39 rushing yards.

After a big week from Walker and Moses though, it’s still Pigrome who leads the WKU in rushing with 227-yards this season. Walker and Moses will definitely try to change that sooner rather than later.

With everything going against the Hilltoppers tomorrow night, WKU will still look to come away with a two-game winning streak, and inching their record ever so closer to .500.