What to expect during virtual Homecoming Week 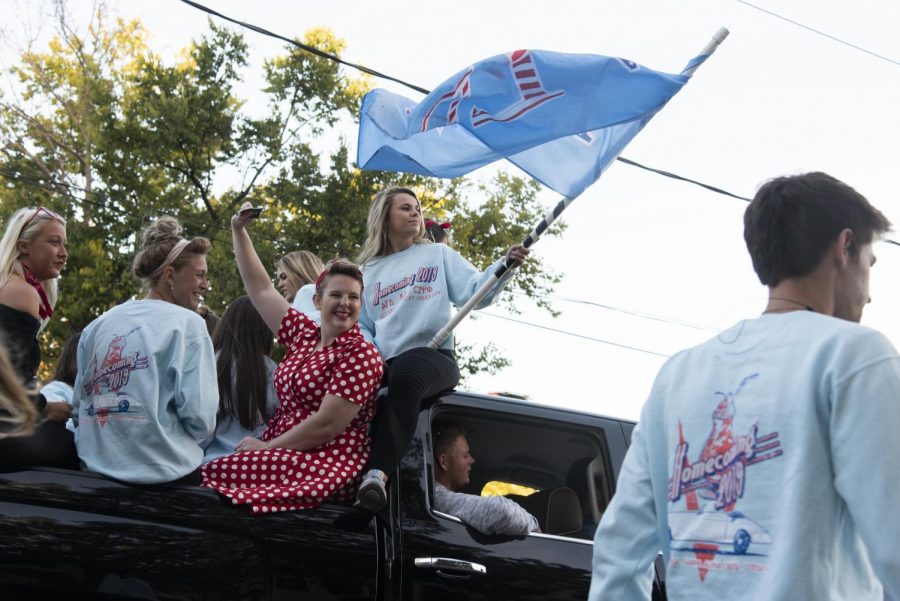 Homecoming week usually consists of loud chants, colorful floats and a parade throughout the city. This year, however, things will look a lot different.

Many festivities such as the Homecoming Queen race will be held virtually this week leading up to Saturday’s game, which will have limited seating. Others, like the parade and Big Red’s Roar, won’t be happening at all.

Instead, virtual activities will take their place. Some of the virtual events are a mask contest, a video competition and a social media spirit challenge. Throughout the week, different organizations and individuals can participate in homecoming by posting on social media and using the hashtags specified for each day.

One thing that has remained the same since years past is the homecoming banner contest, where each organization creates a banner to hang in DSU and be judged by the end of the week.

Charley Pride, the director of Student Activities, Organizations and Leadership at WKU, explained all of the differences of homecoming this year in comparison to the past.

“We’re not having any in-person events,” Pride said. “They will not be happening because that’s just too many people to try to get into one space. We’ve concentrated on trying to do something virtual. We’re doing the make your own mask competition and all the social media output.”

Pride said that even at the in-person events, such as the football game, people should know how to behave. This includes following social distance guidelines.

“It’s the same way as the first football game,” Pride said. “Only 5,000 people can go, which makes it a big switch, especially with the homecoming game.”

Mindy Johnson, the assistant director of Student Activities and Volunteerism, helps organize the race for homecoming queen. She said in-person events being canceled had an effect on the homecoming queen race as well.

“Just to hit on some of the high notes of what looks different for the queens is the parade is not happening, Big Red’s Roar is not happening,” Johnson said. “Those are two pretty big events for the campus in general, but for our queens, they had an opportunity to be recognized.”

While the week looks different for all of the homecoming queen candidates, they are still expected to be able to enjoy their experience.

“The women are still getting to know each other,” Johnson said. “They are still enjoying the week, even if it looks a little bit different this year.”