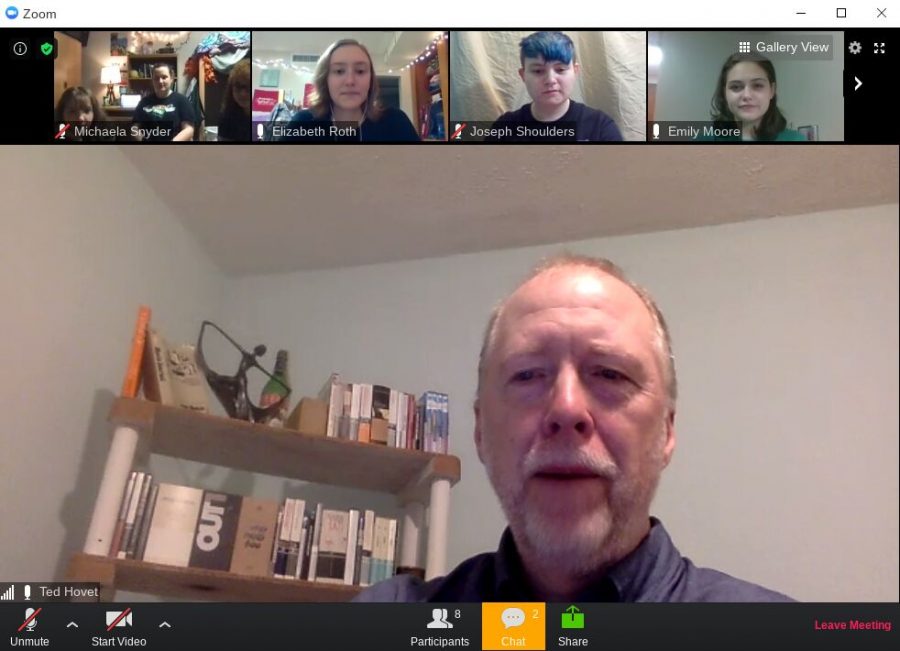 The English department hosted a virtual event Wednesday that allowed students to interact and connect over what they watched, read, listened to or created during the past few months.

They called it an English Salon, and it started with each student introducing themselves and sharing media they enjoyed over the past few months. They then discussed everyone’s different interests with each other.

Several Netflix series were heavily focused on by students, with shows like “Over the Garden Wall” or “Love, Death & Robots.” Blockbuster movies like “Baby Driver” and specifically the movie’s soundtrack was also a large topic of discussion.

Emily Moore, alongside Elizabeth Roth, contributed to organizing and planning the event. Moore is a sophomore studying English and theatre from Murfreesboro. Moore described the importance of hosting this type of event.

“It’s really hard to connect within the English department, just in general, because we’re all online,” Moore said. “And I feel like that connection is really important. So it just is cool plus everybody likes talking about the stuff they enjoy. So that’s why the English Salon is just a perfect idea.”

Along with sharing any media they consumed, students were also encouraged to share anything they’ve made over quarantine.

Moore describes the purpose of the event as a way of making friends with similar interests.

“I feel like you could like to text them later and be like, ‘Hey, I want to talk about this more,’ and they connect and make friends,” Moore said. “I feel like that’s my ultimate goal.”

As of right now, the English Salon is a one-time meeting but may become a regular event for students to connect with other students about their interests.

“I would definitely like for it to be on-going,” She said. “It would be fun to discuss new things every month or however long, I hope that it becomes on-going.”

The overall goal was to bring students of any major together and give them a chance to connect with each other.

“The English department wants to include everyone, and be able to connect,” Moore said. “It’s also a fun way to destress.”