Board of Regents committees approve certificates and emeriti appointments 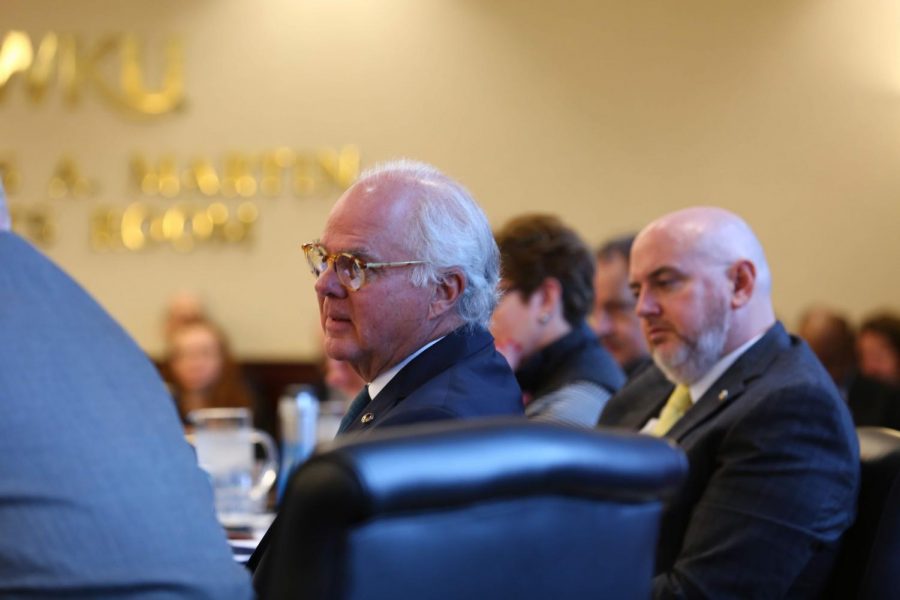 Dr. Sara McCaslin, coordinator and university learning instructor, said the undergraduate certificate came from the initiative led by the Student Success and Leadership Committee within the college under the guidance of CEBS Dean Corrine Murphy.

“We feel like this certificate will place them at a higher level,” McCaslin said. “It will help them culminate all their learning in their time here at WKU as they transition out into that workforce.”

“This is an instance in which the revision of the name reflects the name catching up with our current culture and curriculum,” said Kristina Arnold, head of the art department.

The Finance and Budget Committee had the auditors reports and financial statements approved for the fiscal year ending in June 30, 2020, which included a clean audit, no audit findings,a  cash equivalent of $11 million and the net position increased by $58 million.

The filing of Statement of Revenues and Expenditures for the Three Months Ended on September 30, 2020 and 2019 were also approved. Tuition and fees are at 53% of the annual budget and are not tracking to be higher than the prior year in the first quarter. The fall semester tuition is $5.1 million over the fall semester budget.

State appropriations are 33% of the annual budget in the first quarter. The FY21 budget includes a projected mid year budget reduction of 10% which will result in a slightly higher percentage to the budget that the prior year.

Lastly, the grants and contracts are up from the prior year due to the CARES funding.

WKU is now in progress to acquire a $10,000,000 revolving line of credit from the Truist Bank that will only be used if revenue collection does not match expense payment timing. Any used portion must be paid off by June 30 of each year.

Dr. Ethan Logan presented the new scholarship model announced September 24 and will be implemented Fall 2021 for the Student Affairs Committee.

They will be in charge of maintaining the area in the enclosure, the security fence and replacement livestock fencing.

Lastly, the Executive Committee had LifeWorks honorary naming request approved. Lifeworks will now be named the Julie and Gary Ransdell Living and Learning Community. The honorific naming comes from former President Gary Ransdell and wife Julie Ransdell who are known for their efforts for helping LifeWorks.

LifeWorks are for those who have been diagnosed with Autism Spectrum Disorder and they provide affordable housing, counseling, employment training, life skills training and education.