Haunting on the Hill: WKU’s history of ghosts and hauntings 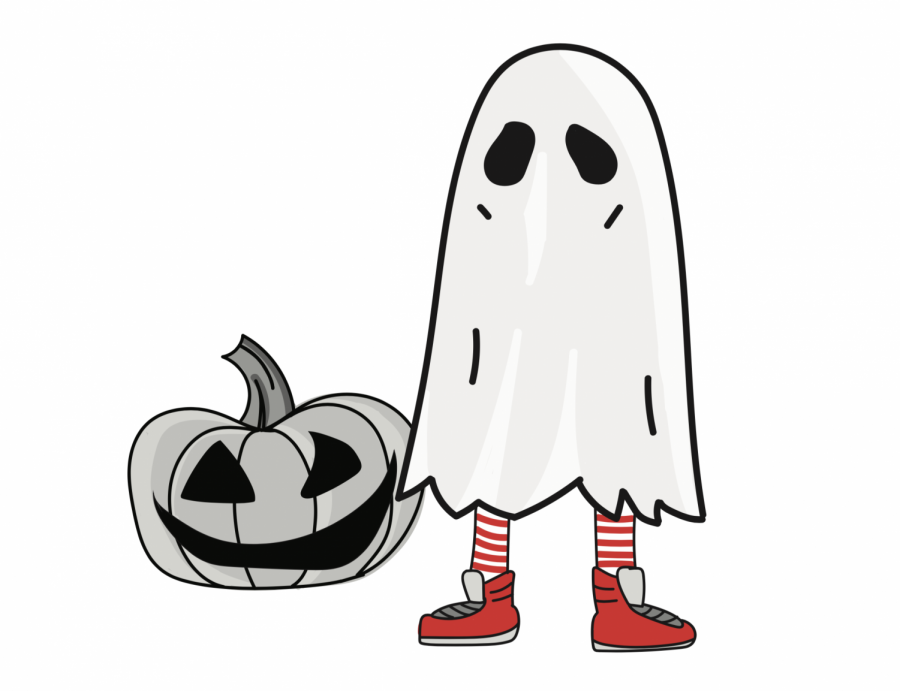 Ghosts slipping through the in-between to make appearances to mortals is no new phenomenon — people have been reporting seeing spirits for hundreds of years. Spectors appear in photographs, objects are moved from their original places without being touched and sometimes the supernatural assails the natural in the form of a poltergeist.

If you look deep enough, each city or town has its own story. Likewise, many college campuses have their own tales.

Perhaps not as dramatic as the hauntings seen throughout cinema, WKU is no exception to having its own ghostly ties to the past. In fact, for Tamela Smith, AV manager of the WKU Communications Advisory Council, there are enough stories on campus to fill an entire book, which is precisely what she’s set out to do.

After 25 years of working for the university, Smith is writing a book and collecting stories from individuals in the WKU community.

“Some people think that these are all in the past, but there are things that still continue to happen,” Smith said. “We don’t have anything scary, there’s no threatening spirits or someplace where people are afraid of.”

Smith said that WKU’s hauntings are simple things: a door will close, a light will go on and off without reason.

Van Meter Hall is credited with being the most haunted building on campus, associated with an early 20th century story of a young man falling to his death through a skylight. Corroborated by an article published in the Courier-Journal on Sept. 3, 1918, the true story of the tragic death in Van Meter Hall tells of Henry Clegg, an Alabama-born student of the Bowling Green Business University, watching atop the building to catch the rare sight of an airplane passing overhead. Running to get a vantage point, Clegg fell through the skylight onto the stage below, dying soon after from a failed operation to save his life in St. Joseph’s Hospital.

Also corroborating this story is a WKU special collections item: the writings of E. Porter Dodd, who kept notes on what happened in town and of all deaths in town through two record books. Dodd recorded that an airplane passed on the same day that young Clegg died, confirming the reason why the 20-year-old student would be on the roof, as this was a rare event in 1918 Bowling Green.

According to Smith, the most distinct appearance of a spirit in Van Meter Hall took place in the 1970s, when an actor was removing his makeup in the green room. Looking into the mirror, a man stood behind him, face bent downward, with a blue glow around him. Turning to see who was behind him, the actor saw no one, but later described an individual in his late fifties, marking this apparition to be separate from that of Henry Clegg.

Perhaps Clegg is the source of the many accounts of footsteps in the hall after closing, or perhaps it’s the mysterious man that the actor saw.

More recently, according to Smith, there were two officers who had an experience in the building. Hearing two voices in a closed room, they opened the door to find no one inside. Other unexplained happenings include music stands falling over on the stage of their own accord, whisperings and voices after hours and objects moving without prompting.

The second building cloaked in the most supernatural mystic is Potter Hall, according to Smith’s knowledge of campus hauntings. Most of the stories stem from when it was used as a residence hall.

According to Smith, one incident occurred when a night clerk was sitting alone in the lobby: they heard the door open, the sound of footsteps crossing the floor and silence as the steps reached carpet, but there was no source to the sounds, only the quiet of the night.

Smith is not unfamiliar with encounters in Potter Hall, having had one her– self when she was working as a police officer. Showing a new officer around the building during the break, they

heard a knocking noise sound from down the hall. Moving closer to investigate, the pair identified the room the noise was coming from.

“As we were getting our keys to go in, we heard this kind of metallic sound,” Smith said.

The other officer had seen the doorknob move, and they both watched as it rattled as though someone on the other side was trying to open it.

“Since it was converted to an administrative building in the mid-’90s, people will hear sounds of footsteps and will go so far as to call out and say ‘don’t let me scare you, it’s me,’ thinking they’re get– ting ready to walk into somebody late at night,” Smith said. “They hear the footsteps right around the corner, and they turn the corner and nobody’s there.”

When Barnes Campbell Hall was a fully functioning residence hall, Smith said that it was reportedly one of the most haunted places on campus.

According to the university ghost story page, reports stem from the story of a young man killed in the elevator shaft in

1967 shortly after the hall opened. Elevators would be heard coming down to the first floor, their doors opening to reveal no riders, or go up to the eighth floor without prompting and return empty.

Smith said that the first reports of the haunting of Barnes Campbell began in the early 1970s, with a hall director checking to ensure everyone had returned home for break and heard running water. Investigating, the hall director discovered a running shower and wet footprints leading to a room, which had no clear source when the door was opened to reveal a vacant space. No footprints appeared past the threshold.

“You’ll start to hear similarities of things,” Smith said. “This happened here, and then 20 years later some– body else reported the same kind of incident happening.”

The infamous Oujia board also has ties with stories of WKU hauntings, one of which Smith experienced as a police officer. Called to what is now Southwest Hall, Smith and her fellow officer responded to what the hall director described as a problem in the late ‘80s. After arrival in the hall, Smith was led down a wing to a cinderblock wall and immediately saw what the hall director was referring to — a 12-inch crack had appeared on the surface, and it was growing.

“We stand there and watch it, and the crack gets bigger,” Smith said. “You can hear concrete falling behind the wall, and when I got my hands on a camera it was bowing out.”

After calling what is now known as WKU Facilities Management, three people said that they’d never seen anything like it. Traveling to the upper floors to examine if the damage was isolated,

Smith found a group of young women standing in the hallway. Asking them if they’d heard anything in the walls, Smith said that one of them looked at her and stated the following:

“We weren’t the ones playing with the Ouija board.”

According to Smith, the girls in the room beside where the wall was cracking were using a Oujia board, and asked multiple times for a sign that they’d made a connection to the beyond. As their nerves built, the girls put the board up and made a mistake in their haste: they neglected to say goodbye. Smith said that this is when the wall began cracking, and while interviewing one of the girls for her book she discovered that the entire section of the wall had later collapsed.

Dogs, according to Smith, refuse to get too close to the Kentucky Museum and will bark at one of the windows. With workers reporting strange events inside, speculation indicates that some of the relics within the Kentucky Museum may be talismans, or objects that a spirit could attach itself to because of the emotions associated with it.

“Over the years, there have been several stories where former staff members claimed they saw a ghost in the building,” Stabell stated in her email. “I have never experienced this, however.”

According to Smith, one of WKU’s ghosts is first university President Henry Hardin Cherry himself.

David Lee, university historian and professor of history at WKU, is a skeptic regarding the existence of spirits, though he did say that his personal favorite WKU ghost story is that of Henry Hardin Cherry expressing himself around campus.

“I’m intrigued by the idea that Mr. Cherry is still around the hill someplace,” Lee said.