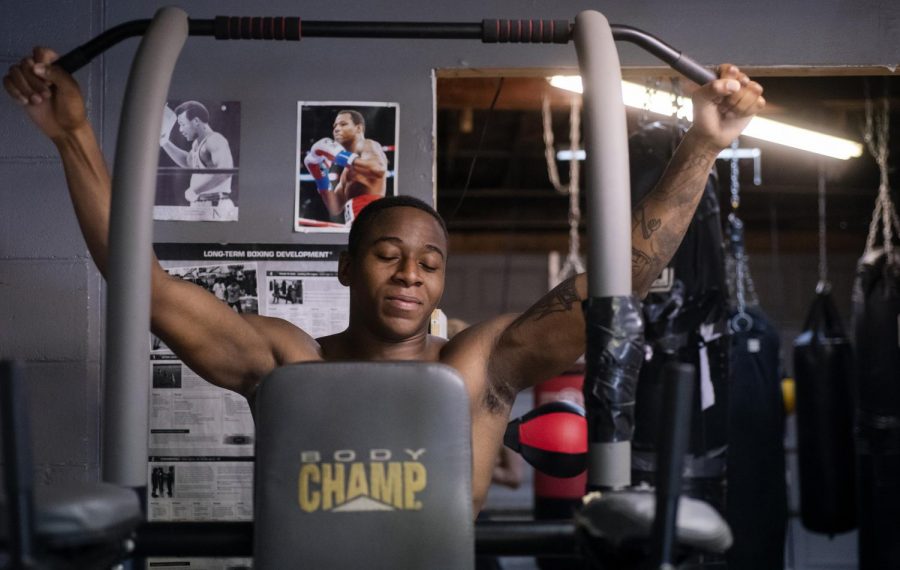 Derik Overstreet, 24, uses his platform as a Mixed Martial Arts fighter to promote his non-profit, Bowling Green for Peace, and to cope with the stress of running it.

The police killings of Ahmaud Arbery, George Floyd and Breonna Taylor this year threw a match on the already lit fire of racial tensions in the United States. Protests erupted across the country, demanding justice in the face of police brutality and racial inequality.

Protests in Bowling Green started to take place in late May. Overstreet first got involved when he attended a protest outside of the Bowling Green Police Department headquarters on the evening of May 29. The demonstration was disrupted when a pickup truck drove into the crowd and struck one of the participants. Overstreet was 10 feet away from the woman that was hit — that moment served as his tipping point, he said.

After witnessing the incident, his drive to closely participate in Bowling Green’s activism scene only grew.

“You can’t let people like that [mess] with you, or scare anybody,” Overstreet said.

Overstreet reached out to friends in hopes of figuring out who was responsible for organizing the first protests. Coincidentally, Overstreet was already acquainted with the organizer of the first few protests.

There was speculation about a protest the next morning, May 30, and Overstreet inquired about the plans for it. He found out there were scant arrangements made. According to Overstreet, they said they hadn’t made many concrete plans, they were “just going to have some signs,” and gather a group of “400 to 500 people.”

He was worried that if it went poorly with “all those people down there, nobody will come out to anything after.”

That night, May 29, Overstreet was asked if he would be interested in taking over the responsibility of organizing future Bowling Green protests. Overstreet immediately threw himself into community organizing.

Overstreet took on his new leadership role at 10 p.m. and had exactly 12 hours to plan a protest. Sleep was not written in the stars for him that night.

“I stayed up all night and wrote everything that we were going to do down … writing what I was going to stay at each stop [of the protest],” explained Overstreet. “And it just happened to go well.”

Before the coronavirus pandemic began, Overstreet dedicated most of his time to mixed martial arts fighting. Even if he didn’t have a fight he was training.For a moment, the pandemic put a pause on his busy schedule — until he became involved with community organizing.

“The first month or so I was losing my damn mind,” Overstreet said, “My phone was going off all the time and I was always running around town. I’m not getting paid for anything, so it was just me doing it on my own free will.”

Constant criticisms, demanding schedules and social exertion are un- avoidable side effects of being an activist or organizer, all of which can take a toll on a person. Overstreet insisted that he is now just “used to not resting” but is also grateful that he can use mixed martial arts as a physical outlet.

“Being able to hit people and train keeps me from snapping,” Overstreet said. “If [activism] was all I did, I would have lost it.”

Overstreet has fostered a small plat- form for himself in Bowling Green through his budding career in MMA fighting — this turned out to be helpful when he started Bowling Green for Peace, because community members already knew who he was and trusted him.

Eventually, the protests lost momentum nationwide. It’s been months since Overstreet has organized one, but he has redirected the energy into other forms of community activism, using BG for Peace as a platform for more than just protests.

At first, Overstreet was worried that the movement may lose traction.

“I said it all the time, even at the protests, I was like, ‘We can’t have this be something where we just were bored and got out in the summer because it was a cool thing to do … and then just disappear,’” Overstreet said.

BG for Peace has shifted its focus from protests to voter education and empowerment in light of election season. Overstreet recently began working with Kentuckians for the Commonwealth as a voter empowerment organizer. Through his work with Kentuckians for the Commonwealth, he has been able to host voter registration pop-up booths around Bowling Green and WKU’s campus, where people can register to vote and learn about the candidates on the ballot.

Overstreet’s goals are still set high, and he remains hopeful that real change can happen.

“Even if there’s no sweeping legislation change or anything, what we’re doing could plant the idea in people’s heads and we can roll from there,” he said.

“It starts with this election,” Overstreet said. “It starts right now, it starts locally, then statewide, then so on and so forth.”

Empowering younger generations to get involved in the political process is especially important to Overstreet.

“What we’re doing right now isn’t even about the specific people representing you, it’s about [young] people knowing they have the option to em- power themselves more than anything,” he said. “I feel like if we start that now, then electoral politics could actually work, because we’d be getting [young] people to actually do stuff and take power. Until that happens, we’re going to be f—ed up.”