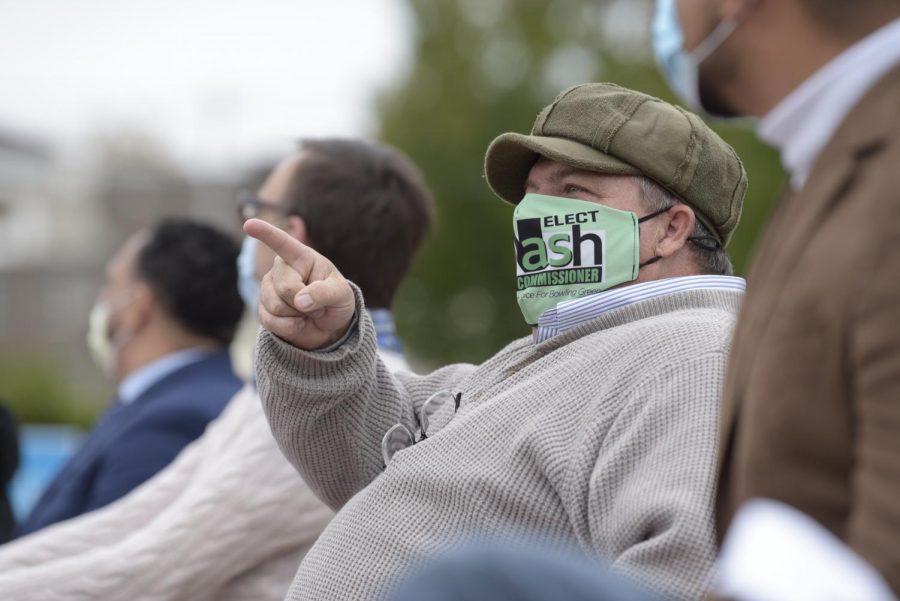 Editor’s note: The original story did not include who hosted the event. It has since been updated. The Herald regrets the error.

The candidate forum was hosted by the BG Freedom Walkers, a local organization that supports the Black Lives Matter movement.

Candidates were given two minutes on their opening statements to express who they are and their stances.

Dana Beasley Brown, running for Bowling Green City Commission reelection, discussed things she has done for the community while in office.

Brown said she helped fix the housing authority’s basketball court so kids could now safely play there, got washing stations for the homeless and she is working on building an all-inclusive playground for kids who are in wheelchairs.

“I hope that you could give me the opportunity to improve the quality of life in our city,” Brown said.

Carlos Bailey, running for Bowling Green City Commission, said he has been fighting for civil rights as an attorney.

“This is not a sprint, this is a marathon,” Bailey said. “I’m asking everyone here to join this marathon and let’s not just take it to the polls. Let’s keep it going until we can finally move forward for every single resident in Bowling Green, Kentucky.”

Brian “Slim” Nash, running for reelection for City Commission, has been in office for 12 years.

“It’s not representing people that just agree with me, it’s representing everybody, but continuing to be truthful to what it is that I believe so that I can bring the conversation forward,” Nash said.

Francisco Serrano, running for City Commission, is the first and youngest Latino candidate on the ballot.

“I’m running to represent not only my people but everyone,” Serrano said. “The people who have had their voices silenced for too long and their lives lost in our community.”

Tom Morris is a write-in candidate running for mayor. He said he supports racial equality, affordable housing and the Fairness Ordinance.

Todd Alcott, running for mayor, is a WKU alum.

“Hold me accountable, keep me transparent,” Alcott said. “I will work with all of our elected leaders regardless of our opinions because I’ll treat them with dignity and respect.”

Chris Page, a write-in candidate running for mayor, is already providing housing for people and feeding the homeless.

Patti Minter, running for reelection as a state representative in District 20, is a cosponsor of Breonna Taylor’s law. She showed out at the forum to inform voters she supports the Fairness Ordinance, affordable housing and healthcare.

After the opening statements, there was a forum for the candidates asking them for their stances on three different topics.

The City Commission candidates were asked about the Fairness Ordinance, homelessness and qualified immunity for police officers.

Nash said he advocates for the homeless through programs and monetarily.

“I have advocated for showers to be located in all city parks and for city park restrooms to stay open 24 hours,” Nash said

Carter said the police should be defunded and put the money into the community.

“Police don’t prevent crime, what the police do is respond to crime that has already happened and the majority of crime that we see in our neighborhoods are crimes of poverty,” Carter said.

The mayoral candidates were asked about the Fairness Ordinance, social media communication with constituents, global warming and COVID-19.

“I’m not going to support things I don’t see as a problem for,” Alcott said when discussing the Fairness Ordinance. “I love everyone and I will treat everyone fairly and I will take care of every single person if I’m elected.”

Morris said he wants to pass a 100% Renewable Energy Ordinance and cut the use of plastic.

Page said he supported following the Centers for Disease Control and Prevention guidelines and debunking myths and misinformation about COVID-19.

The state representatives were asked about no-knock warrants, internet access and qualified immunity for police officers.

Minter said there needs to be an end of qualified immunity, and there is no need for no-knock warrants. She also believes in high-speed internet for students.

Robert Perry, running for state Congress, is a Libertarian and supports less government.

He was asked about qualified immunity, decriminalization of marijuana, defunding Planned Parenthood and racial injustice.

Perry said there needs to be an end of qualified immunity for police officers and government officials. He also supports the decriminalization of marijuana and supports abortion rights.

The event ended with closing remarks from the candidates.

“This is 2020 and with all the problems of 2020, it’s now time to move forward for every single person that decides to live here in our community no matter what,” Bailey said.

Henri Aboah can be reached at [email protected]