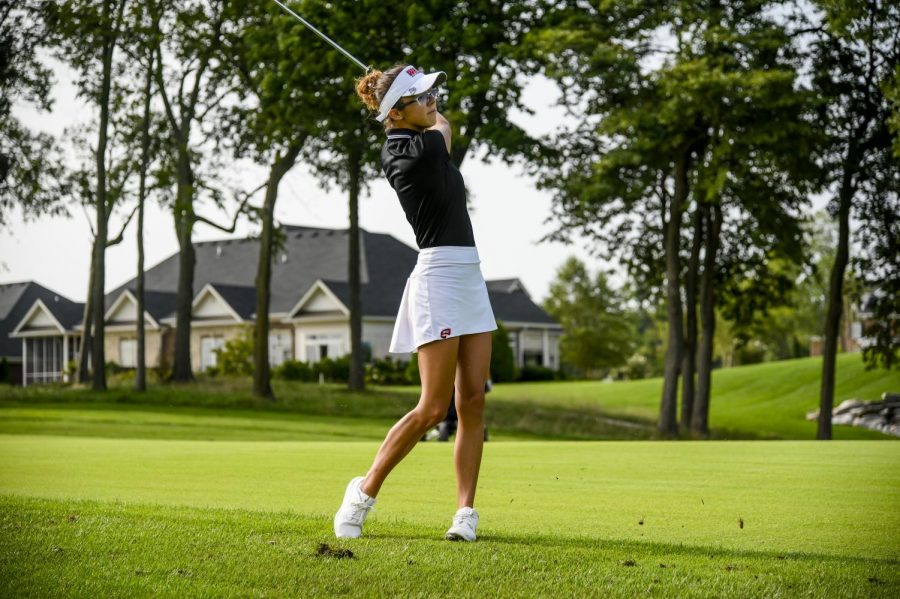 The Lady Topper Golf program has completed its first two competitions of the 2020 season.

Freshman Rylea Marcum led the way shooting five under par in her debut at the USA Intercollegiate. The program finished in first place at the University of South Alabama and Marcum was named Conference USA Female Golfer of the Week back on Sept. 17.

“I was honestly surprised when I saw it on Instagram,” Marcum said. “It makes me feel like that I am doing the right things practicing, and I need to continue to do that to help the team.”

In the program’s second competition the Lady Toppers finished second in the Hoover Invitational at the University of Alabama-Birmingham shooting 14 over par. Sophomore Sarah Arnold led the way at UAB shooting three over par.

The third competition of the season is on Oct. 12-13 at Arkansas State. The Lady Red Wolves recently finished in last place at the Schooner Fall Classic on Sept. 28 and at No. 5 at the USA Intercollegiate.

“Every shot counts, everything you can do to help the team,” graduate Mary Joiner said. “Hopefully we put ourselves in that position again and come away with another top three finish and win and use the experience to keep growing.”

Joiner was accompanied with three other seniors prior to this season. This campaign the graduate has three fresh- men by her side on the links.

“Everyone is contributing,” Joiner said. “Qualifying is really close, this team is so much deeper than it’s ever been so we’re able to push ourselves and use that to get better. Everyone just works really hard — it’s been a great year so far and I’m excited to see how we can develop over this year.”

According to head coach Adam Gary, it’s a dynamic, different look, and everyone is bringing different experiences to the team.

“To come out of the gate and play as well as we have it’s been a pleasant surprise, and everyone has contributed and everyone has played well so far,” Gary said. “They’ve exceeded my expectations.”

The veteran coach added that this program is gelling really well and pushing one another in practice.

“We’re grateful to be playing and grateful to be out on the course,” Gary said. “Anything that happens is a bonus because I’ve told [the team] from the beginning that it’s a huge advantage to have this opportunity to where we can get some tournament reps before we go into the spring.”

According to Gary there will be four new golf courses to play on, which will be a new challenge for the program this season playing amid the COVID-19 pandemic.

“This has been a difficult year, and we’re just rolling with the punches,” Gary said. “You have to be flexible and be able to adapt to what the circumstances allow you to do. As long as we’re putting in the work and doing the things we need to do and stick to the process, the results will take care of themselves.”

This fall five of the 12 C-USA members are participating in competitions. Aside from WKU the other active programs are UAB, Middle Tennessee State University, North Texas and Southern Mississippi.

“The other teams that we are competing against in conference that aren’t playing are going to have more rust and try to get into the role of competing before the conference tournament,” Gary said.