‘I was absolutely miserable:’ One student’s Barnes experience 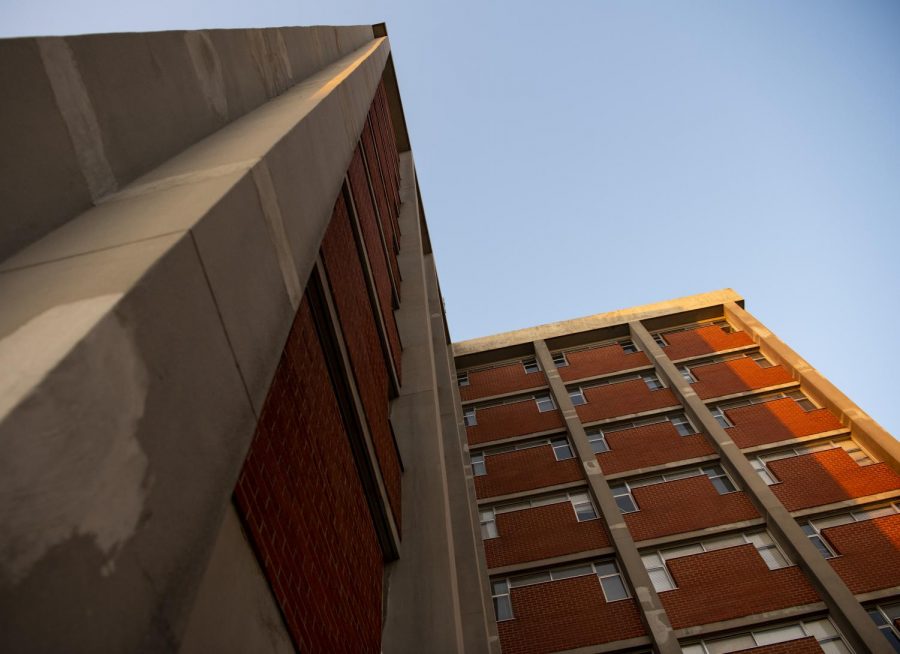 Photo of Barnes Campbell Hall where WKU student who choose to remain campus for quarantine stay.

For 10 days, Jamison, a sophomore graphic design major, was quarantined in Barnes after his mother, Michelle, suggested that he refrain from quarantining with his parents in Greensboro, North Carolina, or his grandparents in Calloway County, Kentucky.

If she had known what his experience would be like, Michelle would have advised her son differently.

“Knowing what I know now, we would have done something different,” Michelle said.

For Jamison, the morning of Sept. 9 was the furthest from what he expected. He thought he had been avoiding contact, but the headache that interrupted his day and the cough that came out dry told him differently.

Thirty minutes after having his nose swabbed, the voice on the phone from Graves Gilbert Clinic confirmed that his COVID-19 test had come back positive.

With just one call to the WKU COVID-19 hotline, Jamison left his room in Southwest Hall. He stepped into room 224 of Barnes two hours after testing positive, surprised with the condition of his temporary residence.

“My room was dirty upon arrival, and the windows were open as well, so there were some bugs that found their way in,” Jamison said. “Barnes is right next to the construction of the Freshmen Village, [so] there was loud construction some days that my windows did very little to prevent.”

Considering that Jamison was instructed not to leave his room for isolation purposes, he was not given a key to his room when he arrived. Something about leaving his room unlocked while using the communal bathrooms, however, just didn’t sit right with him, he said.

“If I had to go shower or use the bathroom, that meant my room was unlocked without me in it,” Jamison said.

Along with not having a roommate, Jamison had little-to-no human contact throughout the course of his quarantine. The front desk was abandoned each time that Jamison passed by.

There are no resident assistants in Barnes to avoid endangering staff. How- ever, each student is assigned a case manager from the Barren River Health Department. Sharon Hunter, assistant director of data analysis and research of Housing and Residence Life, manages the dorm, which includes helping with meal delivery, prescription medicines and students’ checking in process.

If a student quarantining needs help, they can call WKU’s COVID hotline or Hunter.

“I never really felt like I was being cared for,” Jamison said. “I was never checked on directly by any member of HRL staff. No one ever knocked on my door to see if I was feeling okay or, frankly, to even see if I was alive.”

In the absence of hands-on care and attention, Jamison received a wellness survey from his Barren River Health Department case manager every morning. Other than that, he was truly isolated, he said.

“He’s pretty social,” Michelle said. “He’s pretty involved. Not to have any interaction with anybody — that was concerning for me just from a mom of him.”

Jamison was incredibly ill at the beginning of his bout with COVID-19. If his symptoms had gotten any worse than they were, Jamison said he would have not known how to care for himself.

Michelle Moorehead lives eight hours away from her son.

“The concern from a parent’s perspective, especially being eight hours away from him, is just, you know, you can’t re- ally take care of your child in the capacity you want, given the situation,” Michelle said. “I felt like he was in a safe place and getting taken care of, even though, on the flip side, they missed two days completely of giving him food.”

Of all of the Mooreheads’ concerns, the most impending ended up being the food service for quarantined students.

The WKU Restaurant Group has preset meals that students are to receive if they forget to order their meals for a day. For breakfast, the student is to receive a muffin, breakfast bar and fruit. Lunch is a turkey-spinach wrap with chips, fruit and cookies and dinner is either spaghetti and meatballs or chicken alfredo with a breadstick.

“Should these menu options not fit with a students’ dietary restrictions or needs we do modify the meals to accommodate as needed,” the Restaurant Group stated in an email.

Because students pay for each meal with their meal plan, they have the ability to opt out of meal delivery.

“There [were] two days that he didn’t get food delivered to him,” Michelle said. “Thankfully, he did have friends on campus that could let him know that they’re bringing him food and leave it outside the door.”

On these two occasions, Jamison reached out to his friends for a favor. The food that his friends brought him was left at the Barnes front door so that Jamison could pick it up shortly after, careful not to expose his friends to the virus that moved him to the building in the first place.

When Jamison did order and receive food from the university, he had to leave his room unlocked to retrieve it once the meal was announced to him over the intercom.

“Food was delivered on a table set up by the elevator on our floor, which each meal labeled with our names,” Jamison said. “Also, food was typically lukewarm or cold.”

Jamison ’s occasional hunger ate away at him, so much so that he kept his parents in the loop about his new quality of life. Even though his mother was eight hours away from him, she was still connected to the conditions of the dormitory.

“What happens if there’s another student that has left home, you know, three, four hours … and is a freshman and doesn’t know anybody, doesn’t have that availability to be able to depend on other people?” Michelle asked. “That’s probably mine and his dad’s major concern, is, what do these kids do who don’t have anybody when they don’t get any food for one day and they didn’t remember to pack snacks or anything like that.”

Michelle said she quickly became concerned about the quarantine protocol shortly after it began.

“It just doesn’t make sense,” Michelle said. “I don’t understand why Jamison had to go to a separate dorm with community bathrooms when he could have just stayed in his dorm with his own bathroom and not had to leave.”

Jamison ’s roommate from Southwest returned home to quarantine for 14 days, leaving Jamison alone with an empty bedroom and a private bathroom. Jami- son still had to be moved to Barnes.

Beyond the walls of Barnes, Jamison ’s COVID-19 diagnosis was carefully approached and attended to by his professors.

“The bright side of quarantine was honestly how accommodating my professors were,” Jamison said. “Some days, it was really hard to be motivated to finish assignments or pay attention in class, and I fell behind sometimes. I was given deadline extensions and absence excuses by all my classes if needed, and my professors were all checking to make sure I was doing okay.”

Jamison moved back to the comfort of his home, and his private bathroom, in Southwest on Sept. 20.

“Overall, the experience was less than ideal,” Jamison said. “I was absolutely miserable towards the end of my stay, and I couldn’t wait to leave. There are definitely some changes that need to happen, because I couldn’t imagine having to relive that.”