WKU has its signal caller: Pigrome slotted as starting quarterback ahead of week one matchup 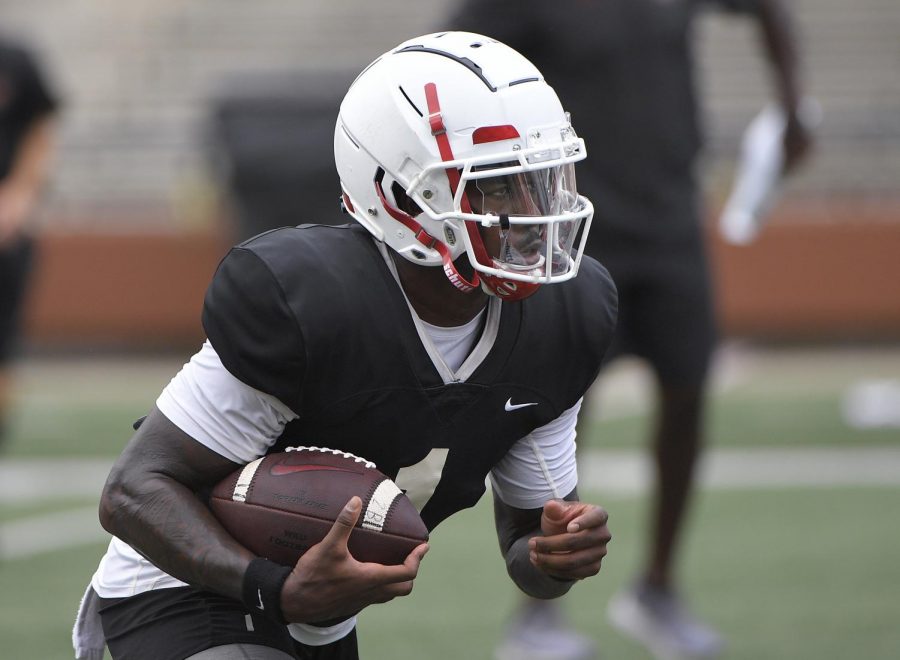 Two weeks ago, head coach Tyson Helton hinted that all five quarterbacks on the roster had been getting equal reps in practice and no starter had yet emerged. In a Sept. 2 Zoom conference after practice, Helton said Piggy T had indeed locked up the starting job.

“We’re going to go ahead and name the starter — that’s going to be Piggy T,” Helton said. “He’s really looking forward to that opportunity. I think he’s excited and our team is as well.”

Saying the team is excited would be an understatement. In the practices leading up to this decision, Pigrome’s teammates were astounded with what the Birmingham, Alabama, native had shown on the practice field.

Senior defensive back Antwon Kincade spoke highly of Pigrome’s versatility that he will bring to the Hilltoppers offense in 2020.

“With our addition of Piggy, we have a guy that can be like an extra running back there,” Kincade said. “I feel like with him being a good addition to this team our offense is going to be more high powered.”

While at Maryland, Pigrome compiled 17 total touchdowns for the Terrapins in four seasons — eight of those were rushing touchdowns.

Pigrome’s running ability has been the talk of camp coming from fellow offensive teammates. Senior running back Malik Staples even said he sees glimpses of former Heisman Trophy winner Lamar Jackson, whom he was teammates with before transferring to WKU.

“There’s something about Pig, man; he’s so electric,” Staples said. “Being at Louisville, I’ve seen Lamar Jackson with my own eyes. You see little sparks of that.”

With his ability to make plays outside of the pocket, Pigrome will be a key part of the Hilltopper offense putting points on the board.

Storey was not known for his rushing ability, coming into WKU with just one career rushing touchdown, but if coach Helton was able to groom Storey into being a mobile quarterback, the sky’s the limit for Pigrome this season.

“He can get out of the pocket, rollout, throw,” Staples said. “He can set up, step back, throw. If a defensive end is coming for him — they’re not catching him. He can go get the first down.”

Overall, it will be exciting to finally get to see what Pigrome has to offer. Last season, the Hilltopper offense exceeded expectations when Storey took the reins of the offense after the third game of the season.

This season Pigrome has had all of fall camp to prepare for Louisville and will have confidence in knowing that he’s the guy this team will look to for big time plays game in and game out.

“He just has a natural ability to keep the play going, and that’s tough for a defense to stop,” Staples said.

In what has been an anything but normal offseason for the Hilltoppers, naming the starting quarterback, in reality, was the least of this team’s worries.

It was recently announced that Houchens-Smith Stadium will allow fans at 20% capacity and a minimum of 1,000 seats will be reserved for WKU students this season.

WKU lost two games to its original 2020 schedule, one against Indiana University and the other versus Old Dominion University, due to COVID-19 concerns. WKU’s campaign was originally supposed to begin on Sept. 3 with a home opener against the University of Tennessee Chattanooga.

The Hilltoppers’ new schedule has now been finalized with times and broadcasts included.

WKU will head to Louisville this Saturday to take on the Cardinals in an in-state rematch of last year’s game that saw Louisville emerge victorious 38-21.

Catch the Hilltoppers battle the Cardinals at Cardinal Stadium on Saturday, Sept. 12 at 7 p.m. central time. The game will be broadcast locally on SAM 100.7 FM and televised nationally on ACC Network.