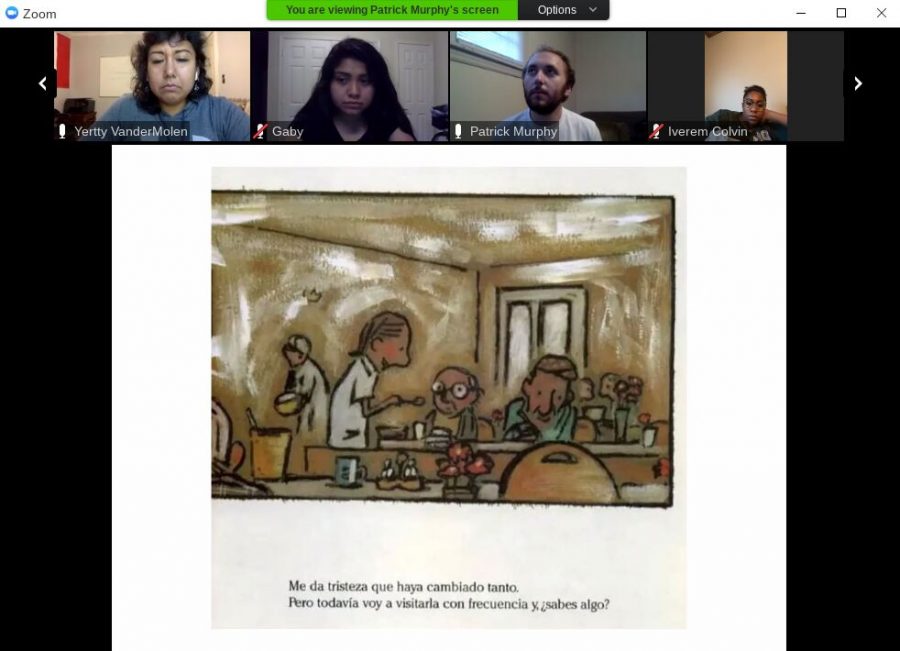 Each session will be held on Fridays from 5 p.m. until 6 p.m. via Zoom. These classes will be an opportunity to learn Latin American Folk dances and to use your Spanish skills outside of class.

Friday’s session consisted of practicing Spanish through conversation and reading a children’s book before learning a traditional Columbian dance.

“I want people to open up their horizons,” said Vandermolen. “Dancing is a way to connect and establish relationships of members, they not only learn the language but also about the culture.”

According to Vandermolen, the Spanish club is using dance to celebrate Hispanic culture by teaching traditional dances step-by-step and having students practice the dances with music.

“I think dance is important because it kind of helps give you a perspective that focuses on a different type of cultural difference other than food,” said Abbey Lewis, freshman Biology and Spanish major from Hendersonville, Tennessee. “I think it’s important [to learn a language] just because it’s a useful skill and makes you a better-informed person.”

Since the pandemic started, the Spanish club has held all their meetings via Zoom, but have still incorporated dancing into their education.

“It’s a good way to get out of the chairs since most classes are on Zoom,” Said Vandermolen. “Dancing is magnetic to them, every week someone new is coming.”