What you need to know: How to get into home opener against Liberty 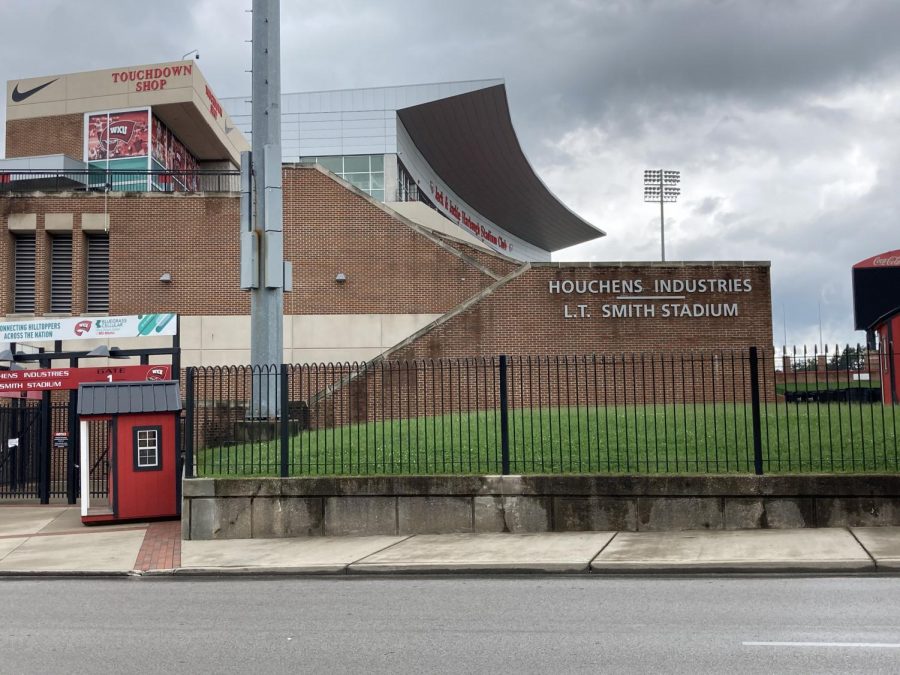 Houchens-Smith Stadium 16 days prior to the first home game of the 2020 football home opener against Liberty University.

WKU Athletics announced this year that ticketing has gone mobile. Now there are different steps to take upon entering Houchens-Smith Stadium.

What is the stadium capacity?

When the Hilltoppers have a home game, the max capacity is 20%, which is roughly 4,422 seats, and 1,000 of those have been saved for WKU students. According to an email from Bob Skipper, director of media relations, the first 200 students may also be admitted to The Berm endzone section.

Do I have to wear a mask?

As for cleanliness, the stadium will be cleaned before, during and after a game. Students and fans are required to wear a mask at all times per the WKU Athletics guidelines for gameday.

How do students get a ticket to the game?

On Sept. 14, WKU Sports’ YouTube channel specified what needs to be done from now on in order to enter a football game.

The first step is to open the Red Wave student rewards app, then sign in with your Topper email. If a student already has the app it must be the current email and no other address.

Following signing into the app, students must RSVP prior to the game to be granted entry. An RSVP may be made at the earliest on Monday the week of a game.

Upon entering the stadium students will have a temperature check. If the reading is 100.4 degrees Fahrenheit, that student is not permitted into the game.

With an appropriate temperature, students will approach the gate attendant to show proof of a WKU student ID card and hold up their Red Wave app showing the approved RSVP.

Gate attendants will check bags. Then at the gate, a physical ticket will be given to students with a designated section.

Seats are on a first-come, first-served basis, and wearing a mask is encouraged during the game.

How do fans get a ticket to the game?

Like WKU students, fans must use their cellular device to get into the game. Fans are instructed to download the WKU Hilltoppers App. WKU Sports’ YouTube channel has a video as well for fans.

Fans are to go to the navigation menu at the top left of the screen. Select All Teams then manage my tickets and sign in with a WKU account manager account or a Ticketmaster account.

Fans who do not have any accounts are encouraged to do so in order to have tickets on a mobile device. Doing so will allow fans to manage tickets for future events.

Once a ticket is accessible that digital stub can be saved to Apple Wallet or Google Pay. No screenshots are allowed for entry.