Views from the Bottom of the Hill: Support the players 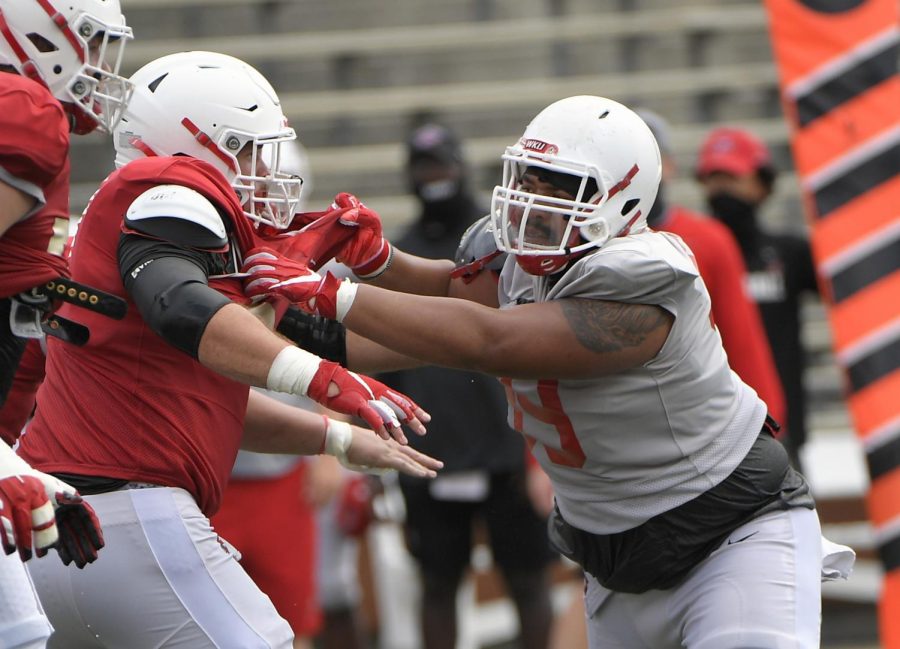 In this time of social change and using your voice, the phrases “stick to sports” and “shut up and dribble” no longer can be used to hold athletes back.

The phrase “Black lives matter” has become controversial when there is no reason it should have.

Now more than ever, athletes from all over the world are using their platform and voice to speak up for the social injustices that are occurring in our society. It’s been expected with the NBA as the league has encouraged its players to speak for what they believe in as time goes on.

Now the new wave of athletes speaking up is college players.

After the shooting of Jacob Blake, NBA and WNBA players went on strike, sitting out of their scheduled games for the next few days, talking to congressmen, owners and others wanting to find ways to fix these issues. College programs followed their lead by sitting out of practices, marching around their campus and making statements on social media.

WKU was one of these schools who sat out of practice on Aug. 27 to shed light on these issues. I can gladly say I didn’t see much backlash, which is great, but I also know if WKU took more of a stance there would be a lot more hatred because there are people who refuse to acknowledge our country’s problems.

The point is these athletes aren’t just here for your entertainment. Athletics do not divorce you from one’s identity.

They are people and citizens first. They are valid in standing up for who they are and what they believe in. This is more than a solidarity movement – this is a movement for reform and change.

“I am a student-athlete, but first I am a BLACK male. I should have the same rights as someone who isn’t the same as me. Yet it still seems to be like the only thing I am is an athlete to the world,” redshirt sophomore defensive back John Blunt Jr. said in a tweet.

These injustices haven’t just recently started. These athletes have witnessed deaths of people like Trayvon Martin since they were preteens or young teenagers. Now is their time to speak up on these issues.

For 400 years, Black people have faced violence and racist policies — segregation, lynching, police brutality, redlining and other systematic injustices. There is always room for improvement, which is what these players are advocating for.

According to MappingPoliceViolence.org 99% of killings by police between 2013-2019 have not resulted in officers being charged with a crime. Black people are three times more likely to be killed by police than white people.

In 2020, 765 people have been killed by police with 28% of those killings being African Americans despite only being 13% of the population.

If you can’t realize that there are problems in the criminal justice system and support these players using their platforms to make the world a better place, then you don’t deserve to call yourself a fan of them.

No longer are they “just” athletes. They are advocates for change.