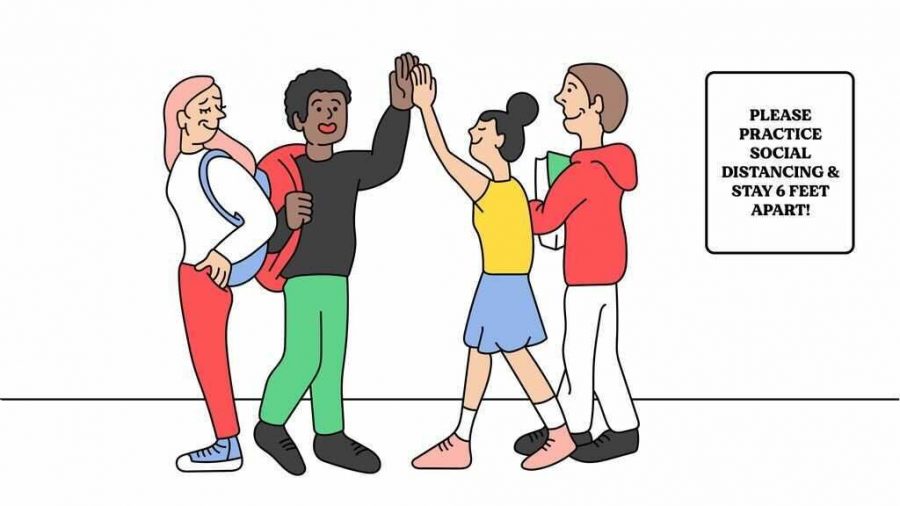 Guidelines on WKU's campus are not effectively protecting students, faculty or staff, writes the Herald Editorial Board. Because of this, in-person classes should come to a halt.

Editor’s note: A previous version of this story stated WKU’s Sigma Nu chapter was suspended. The chapter is currently on interim suspension. The story also noted a “large” gathering at the Sigma Nu house. Documents state it was a gathering that “exceeded 10 people.” The Herald regrets these errors.

Issue: WKU students have been on campus attending in-person classes for three weeks as COVID-19 cases continue to rise among students, faculty and staff, but few steps have been taken to ensure the safety of the campus community.

Our stance: The administration did not fully prepare campus — nor faculty and staff — for the return of students, and students should not solely be held responsible for the mishaps on campus. In-person classes must come to a halt.

Since July, the cumulative total of COVID-19 cases on WKU’s campus has come to 565 as of Friday. Of those cases, 521 are students and 44 are employees.

Three weeks into the Fall 2020 semester, there are more than 100 new cases a week reported from Graves Gilbert Clinic, Midtown — an off-campus student apartment complex — is allowing packed pool parties, WKU’s Sigma Nu chapter has been placed on interim suspension for breaking COVID-19 guidelines, there is no enforcement of mask-wearing policies and Chick-Fil-A is indefinitely closed.

The administration may believe that WKU’s campus was properly prepared for the return of 17,000 students, but it was not. Now that the unpreparedness has shown its face, students and faculty should be safely sent home.

On Friday, WKU asked Midtown residents that attended a Labor Day weekend party at Midtown’s recreation center to get tested and isolate from other people. The letter came after a tweet circulated on Twitter showing pictures of students not adhering to COVID-19 guidelines at the Midtown pool.

“Despite the prevailing requirements of the State of Kentucky that limit both the number of individuals gathering in a communal space and prescribe social distancing and masking, this event included many people who were in close proximity for extended periods without proper public safety standards adhered,” Vice President for Enrollment and Student Experience Ethan Logan said in an email to Midtown residents on Friday.

WKU has no authority over Midtown and its residents, but most of the residents living at Midtown are students of WKU, meaning that the people attending the pool party are the same people attending in-person classes and grabbing food inside Downing Student Union. Yes, these students should be held accountable for their own actions, but the WKU administration is responsible for bringing them back to interact with other students that are doing everything they can to adhere to guidelines.

In a story published by the Herald on Sept. 8, it was revealed that Sigma Nu was placed under interim suspension and investigation after having a gathering that exceeded 10 people in their chapter house, violating WKU’s COVID-19 guidelines. That’s just it — guidelines.

If there are no procedures in place to prevent these types of events from happening, students should not have been asked to return to campus.

The same applies to the mask-wearing policy on campus. In an Aug. 21 meeting with the Herald, President Timothy Caboni stated that wearing masks is the responsibility of the WKU community and that everyone within the community is responsible for holding each other accountable.

“Just like wearing masks is on each one of us, so is helping the community comply with that expectation,” Caboni said.

Young adults do not have the drive to ask their peers to wear masks, especially in a time where mask-wearing can so quickly become political. For the administration to leave the health of the WKU community in the hands of young adults shows obliviousness.

Students quarantined on campus have trouble accessing food, which adds to the complication of Chick-Fil-A being closed indefinitely since the second week of classes. Only students quarantined in designated quarantine dorms can have university meals delivered to them.

According to the WKU COVID-19 hotline, there are no WKU food delivery services for any of the other dorms on campus or off-campus students. Food delivered to those students is ordered through an online survey system that automatically charges the meal swipe or dollars to the student’s account.

“WKU has an option for quarantine meals,” Sam Hynes said during her self-quarantine in Hilltopper Hall after learning that only students in official quarantine dorms can receive these meals. “We got groceries the Sunday before we tested, but we’re starting to run out of food, so we have to use DoorDash.”

We’re three weeks into the semester, and there is no enforcement of guidelines, nor are there any strict rules or consequences in place.

The administration did not properly prepare WKU’s campus for the return to in-person classes. It’s time for the school to own up to this mistake and put the safety of the students first.