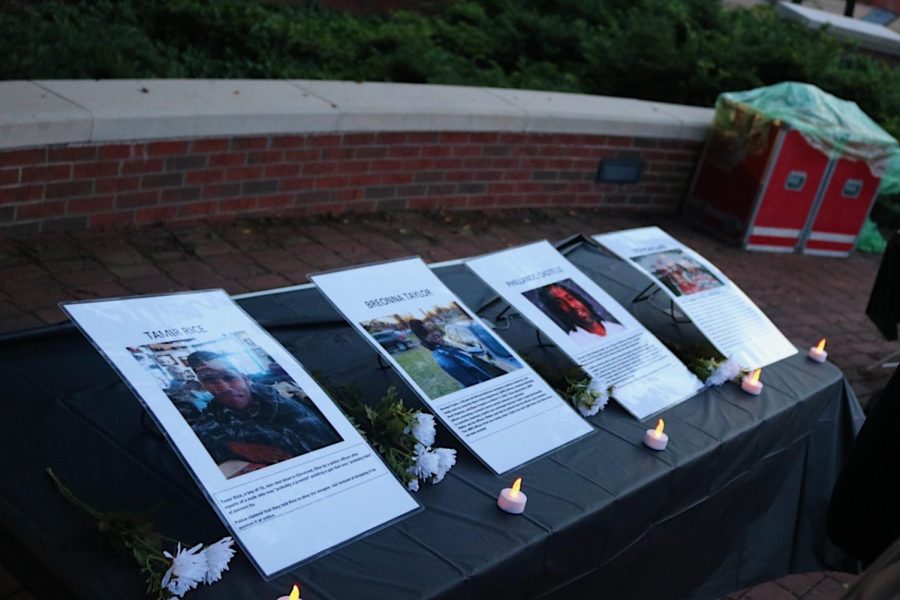 Photos displayed of victims of police killings during a vigil to honor them in Centennial Mall on Sept. 1, 2020.

Members of the WKU community gathered in Centennial Mall Tuesday evening in peaceful protest in honor Black victims who were victims of police killings.

Holding signs that read “Enough is Enough,” voices rang out over the area, able to be heard faintly from the outdoor seating area of Downing Student Union.

Displays of victims lined the bricked circle in the center of the centennial mall, tealights set in front of photos of victims including Tamir Rice, Breonna Taylor and Philando Castile.

The crowds slowly dispersed around 7 p.m. Tuesday evening, but the fight against racial injustice continues.