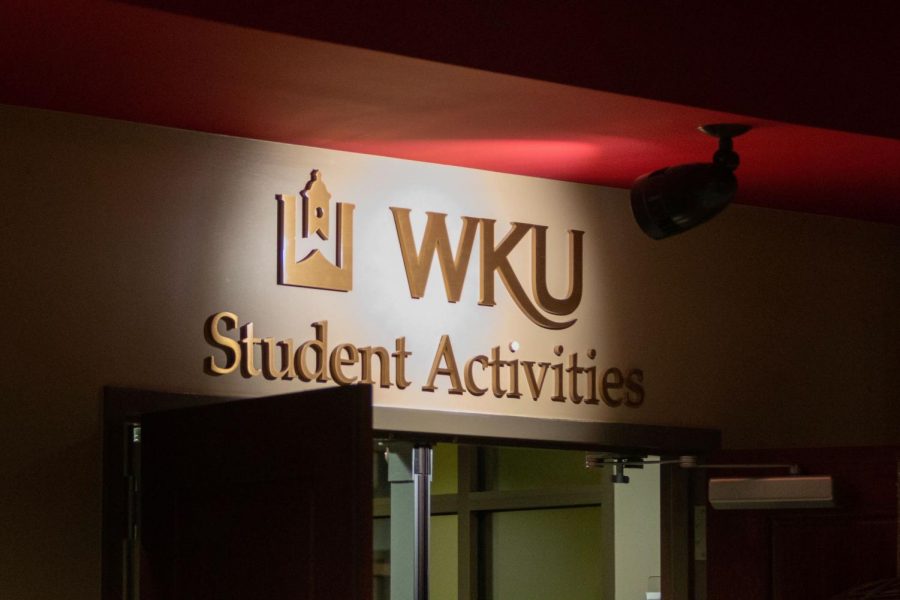 The WKU Student Activies Office on the 2nd floor of the Downing Student Union on Sept. 3, 2020.

A WKU Greek chapter has been temporarily suspended.

Andrew Rash, coordinator of Greek Affairs, said the name of the Greek chapter is not yet publicly released. The interim suspension can be appealed by the organization.

“This is an interim suspension, there would be due process to make sure the facts are correct and that chapter would talk to the Office of Student Conduct to give their side of the story,” Rash said. “We’re waiting to see [what comes from] that and go from there.”

Rash couldn’t confirm why the interim suspension was issued.

The Herald has requested all university records related to Greek suspensions since Aug. 1. This story will be updated.