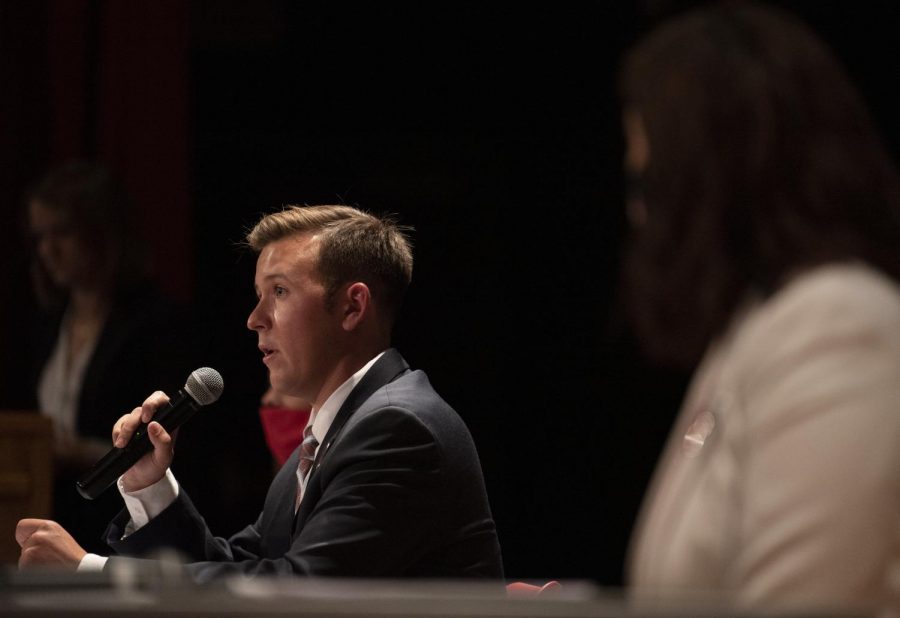 SGA held a virtual election party via Zoom to announce the winners of this year’s election. The ticket containing Garrett Edmonds and Abbey Norvell won, defeating MJ Mayo for the presidential spot.

After the results were announced, Edmonds expressed his thanks to Mayo, stating that she led a strong campaign. He stated that he is humbled by the results.

“I’m ecstatic to have so many individuals that have backed me,” Edmonds said. “To know that there are so many people that believe in me and support me in this role, I’m ecstatic.”

Edmonds recognizes that his presidential term is going to be unlike any other due to the COVID-19 pandemic. He plans to utilize SGA’s funds to ensure that students are represented and taken care of on campus.

“I’ve got to ensure that these newly elected senators, some of which are freshman senators… have a transition of power to the next year to ensure that SGA has experienced leadership and the opportunity to do what we do to the best of our ability,” Edmonds said.

Edmonds’ stated that his first order of business as SGA president will be putting up the budget as an executive board.

There has been no official decision on the position of EVP, but Edmonds plans to have an announcement prepared for next Tuesday’s SGA meeting.

Norvell, who was elected with Edmonds as the AVP of SGA, echoed his sentiments, stating that she is looking forward to serving the student body as AVP this year.

The rest of the SGA senate election results can be found on SGA’s Instagram, @wkusga.