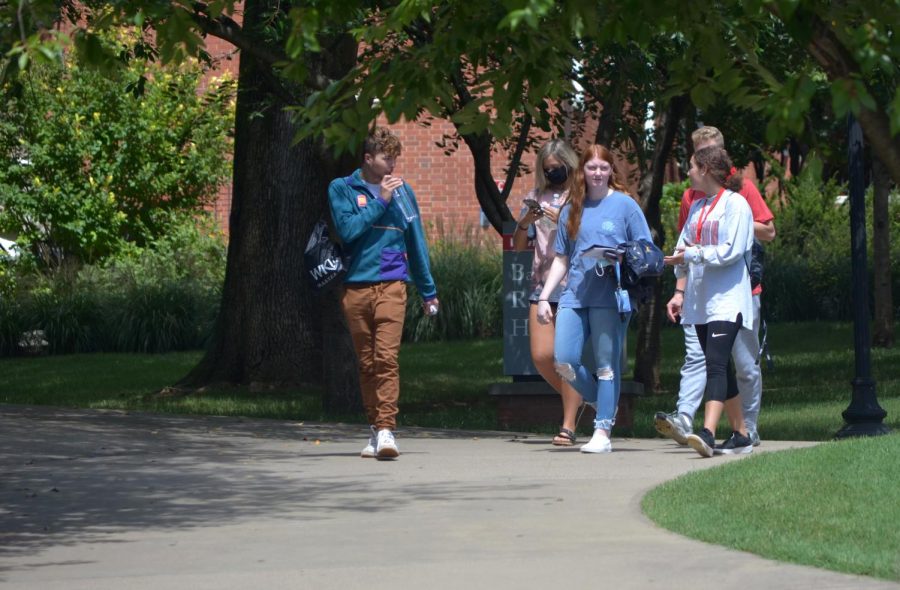 A group of WKU students walk across campus together, most not wearing masks despite WKU’s requirement to do so, on Aug. 22, 2020.

The University of Kentucky announced changes to its academic calendar Thursday which include eliminating spring break, but WKU’s spring schedule hasn’t been decided.

When asked about UK’s decision in a meeting with the Herald, WKU President Tim Caboni said the spring academic calendar will come out “in the near future.”

WKU currently has a spring academic calendar listed on the registrar’s website, which includes a spring break.

In addition to the elimination of UK’s spring break, it also includes a later start date.

This story will be updated.

Lily Burris and Michael J. Collins contributed to this report.