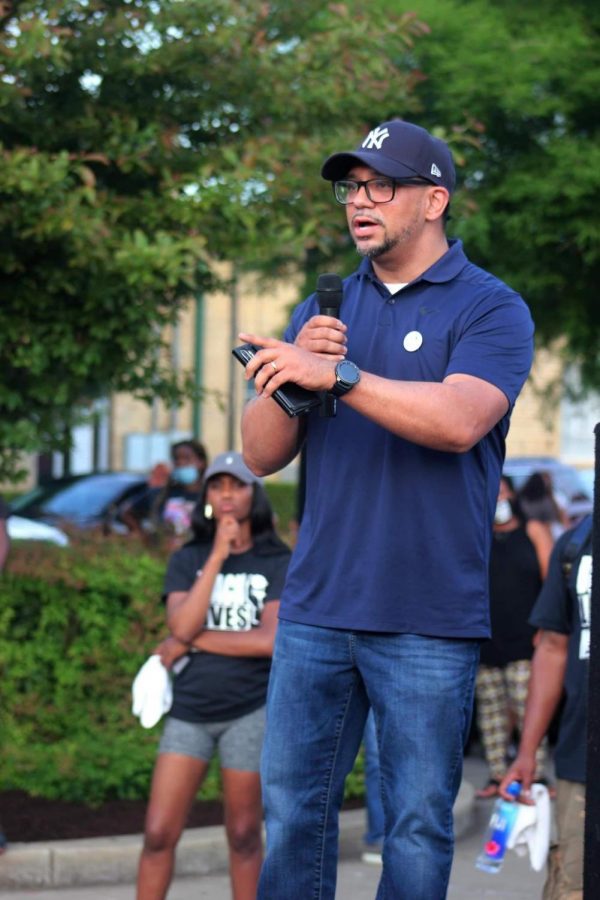 Carlos Bailey, candidate for Bowling Green City Commissioner, shares a statement on the importance of voting in local elections.

This is an election, not a lottery.

Imagine hitting a district’s campaign trail hard for months – raising money in order to chase a victory on a platform of the issues that matter to you and your local supporters. You spend your days garnering support at civic lunches, and your evenings fill up with cocktail parties and hundreds of phone calls to return.

You do not mind, though, because you imagine “things that never were, and ask why not.”

Then you win the election, but there is a recount…and another recount. Eventually, officials determine the election was a dead tie between you and the other guy.

To break that tie, they write your names on scraps of paper and place them into film canisters. They roll them around in something that looks like your mother’s favorite mixing bowl before selecting a winner. The other guy’s name is drawn. You just lost a tossup, and you did not even have a chance to call heads or tails.

While this seems more like the type of absurdity the year 2020 would dream up, it happened to Shelly Simonds in the Virginia House race of 2017.

Election officials enacted a 1700s tie-breaker law that resembles a senior night bingo draw to select a victor. To raise the stakes, Shelly’s loss to David Yancey also allowed Republicans to retain control of the House by a 51-49 margin. The 2017 Virginia House race may be the most extreme example, but it is hardly in a class by itself.

This is a clear example of why every vote counts.

While the spotlight remains on the ever-important U.S. Presidential election, this year continues to show us the gravity of local elections through the power that state, county and city governments have executed.

During a year of civil unrest, a pandemic and natural disasters, local leadership has been crucial to the vitality of our communities. With each mandate, curfew, budget allocation and evacuation, local officials have helped shape the success or failure of their jurisdictions.

Even if you’re displeased with the slate of presidential candidates, there are plenty of reasons to vote in your local elections.

While national leaders focus on what moves us forward as an entire country, it’s the local governments who directly tailor their laws to fit the needs of the community around them. What works for a large city is not always going to work for a community with 71,623 residents.

The environmental and economic needs of a municipality in Bowling Green are vastly different from the busy streets of Nashville, Tennessee. However, local elections in each city have a direct impact on the people living in that community. This is why it’s important to vote in every election, especially local elections.

Everybody has an issue.

Local elections can have severe consequences, so it’s important to vote in the primary.

We all have a political stance on economic development, affordable housing, public safety, infrastructure, civil rights, health care or any human rights issue can be seen as a “political” issue. However, we must ensure that our elected leaders write or vote on laws that could impact your life.

The marathon continues: We must pay it forward for those who paid for our liberties.

This year has been challenging. We recently lost U. S. Representative and civil rights legend John Lewis, who spent his life fighting for civil justice, including the Voting Rights Act of 1965, and Supreme Court Justice Ruth Bader Ginsburg (the Notorious RBG), who used her talent to ensure women, including my four daughters, have a greater chance to be in “the room where it happens.” We also just celebrated the centennial of women’s voting rights that Susan B. Anthony and so many others fought to secure.

Of course, we have a right to stay home, but we have the privilege to go vote and walk the path that these heroes cleared for us.

2020 certainly hasn’t been the year of perfect vision that we hoped for, but let us not make it the year we are all donning blindfolds and aimlessly tossing our hands into a bowl of scrap paper to determine our local elections because we were too complacent to stand in line or lick an envelope.

Vote by absentee ballot, vote early (beginning Oct. 13) or vote on Nov. 3. Embrace the privilege to vote, educate yourself on the issues and don’t let our ancestors’ sacrifices be for nothing.

Vote to create change, vote to right wrongs and vote to improve the world around you. Make your voice heard this year and VOTE!