A hurricane and a pandemic: how handling two different crisis are similar 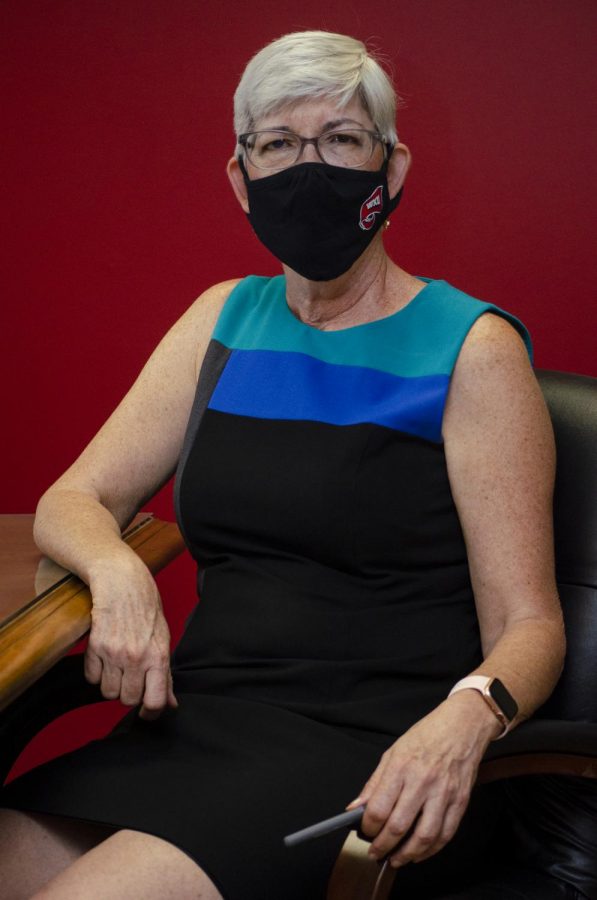 Cheryl Stevens, former dean of Ogden College of Science and Engineering, has been the acting provost at WKU since April 2019.

In 2005, schools were shutting down, businesses were closing, everybody was going home, and New Orleans was in complete lockdown.

New Orleans was left in ruins after Hurricane Katrina, the largest to hit U.S. soil, devastated the region. Louisiana colleges had to find ways to keep their students and faculty safe while also navigating a historical natural disaster.

WKU Acting Provost Cheryl Stevens was one of those faculty members. As head of the Chemistry Department at Xavier University of Louisiana, Stevens was tasked with keeping enrollment steady, assisting her students and professors and finding pathways back to normalcy during this crisis.

“These situations are two totally different crises, but a lot of the implications are the same,” Stevens said.

Stevens recounts a similar state of panic in New Orleans to what she’s witnessed during the pandemic.

People were worried about their jobs, schools, finances, basic supplies and their safety, Stevens said.

Just like the COVID-19 pandemic, Stevens detailed how the city and campus experienced a “sadness and sense of loss.” Stevens specifically recalls seniors bearing the brunt of this sadness since they couldn’t celebrate their final year with friends and family.

Because of the structural damage left by Katrina, Stevens remembers being worried that students would not return to Louisiana.

After experiencing such a devastating natural disaster, Stevens said the cam- pus community sharing a common goal was crucial for a recovery.

“Everybody was so excited to come back,” Stevens said.

Stevens recalled coming back after the hurricane to a new “cohesion” among the staff and students that made the university feel like a family.

Stevens learned how vital leadership is in navigating a crisis.

“People are looking for leaders to tell them what to do and what’s going to happen,” Stevens said. “The unknown is worse than being told this is how we’re going to navigate this.”

She said strong leadership helps “set the culture” and gives everyone an ultimate goal to strive for. Strong leadership coupled with active student participation led Xavier University through Hurricane Katrina and will lead WKU through the COVID-19 pandemic, Stevens said.

Just like in Louisiana, students at WKU are excited to be back on campus but everyone must “do what they can to mitigate any damages,” Stevens said.

Stevens does note one major difference from the hurricane compared to the pandemic. After Katrina, students returning to campus experienced minimal changes to how classes were taught. Comparatively, the pandemic has changed the fundamentals of education for years to come.

“The nature of school and work is changing,” Stevens said.

Stevens sees this specific time as an opportunity to revolutionize education.

“Students come out of high school and they’ve been on the receiving end of their education,” Stevens said. “And what we’re asking people to do now is to participate in their education.”

Stevens said the tenacity and resilience she experienced in New Orleans can also bring WKU out of this crisis.

“It’s been a challenge, but I’ve en- joyed being in the position and being able to be part of the conversations to navigate this crisis,” Stevens said.