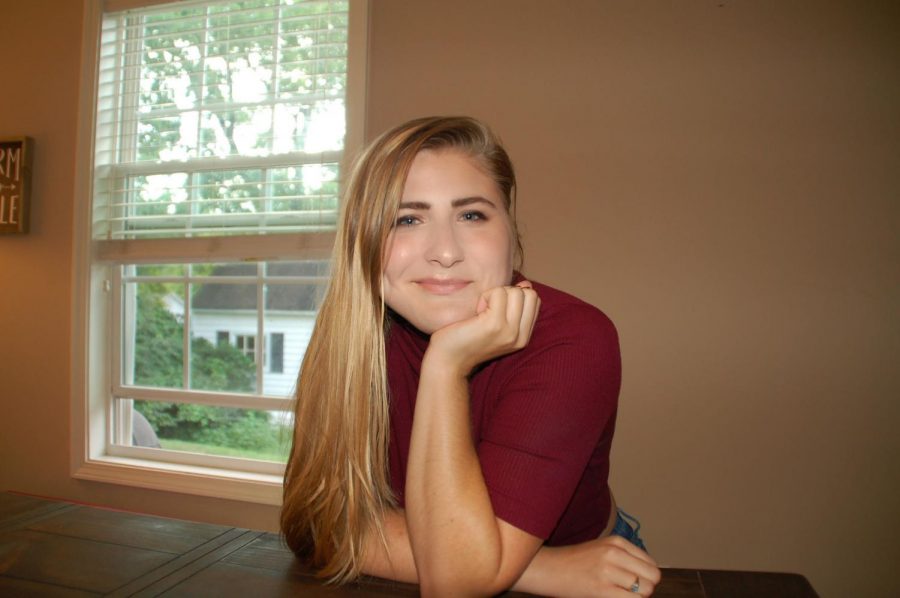 On Sept. 2 a WKU senior released her first novel via e-book after six years of work.

Sydney Jones has been writing and editing “Exordium” since 2014.

Jones got the idea for the novel when she was a freshman in high school and continued developing the story into her senior year. She felt inspired to write any piece of literature featuring a powerful female lead.

The novel started only as a therapeutic hobby for Jones; she wrote to process the emotional strife she went through as a teenage girl battling depression, anxiety, and PTSD.

“Over the years, I added in experiences that I myself went through,” Jones said. “And by the time my senior year rolled around, I had finished the arch of the story, so I said to myself ‘I did all this work; I might as well publish it.’”

One her eighteenth birthday, Jones self-published “Exordium” through Amazon and Kindle Direct Publishing, but she says it wasn’t easy to “get any kind of attention” from self-publishing alone.

After the novel won a national award from Scholastic Art and Writing during her senior year of high school, Jones decided to revisit it. She says she considered releasing an updated version of the book after she went “over and over and over” it, constantly scanning for ways to make it better.

It wasn’t until she began an internship with GenZ publishing during her freshman year at WKU that she understood what it would take to get “Exordium” officially published. Jones worked in the marketing and editing department at GenZ, so she started paying attention to what publishers and editors look for when they get a manuscript. From this experience, she began editing “Exordium” from a more professional perspective.

“One of my jobs was to read over new manuscripts and give my opinion on whether or not it should be published,” said Jones. “I kept seeing the same plot over and over. If I wanted to do it right, I knew it had to be different.”

Jones said that making mental health issues a central theme of “Exordium” was a large part of what made the novel different from any manuscript she read. In her experience reading fantasy, mental health was rarely ever addressed as a literary motif.

Her biggest influences were Margaret Atwood’s “The Handmaid’s Tale,” and J.R.R. Tolkien’s “The Lord of the Rings.”

“People read fantasy to experience the magic of an entirely different world,” said Jones. “They don’t necessarily come to see a character struggle with her mental illness. I wanted to integrate both elements into the novel. That was my main goal.”

Jones spent her freshman year at WKU editing “Exordium,” which went through four rounds of intense editing through the publishing company.

Now, in the Fall of 2020, everything she has been working towards for the last six year has come true.

“Exordium,” the story of a young woman, Vita, rising to power to lead her people through an impending battle while facing her own demons, can now be purchased in paperback and kindle form through Amazon. She says it should be available in paperback form at Barnes and Noble within the next week.

As long as this road has been for Jones, she doesn’t plan to stop here. She says that audiences can expect a sequel in the near future. However, for now, she is proud of her current work and wants to celebrate this accomplishment with her friends and family, always keeping the original intent behind writing at the front of her mind.

“I didn’t write this in hopes to become the next J.K. Rowling,” said Jones. “If one person can read “Exordium” and feel inspired by Vita’s story, it will have been worth it.”