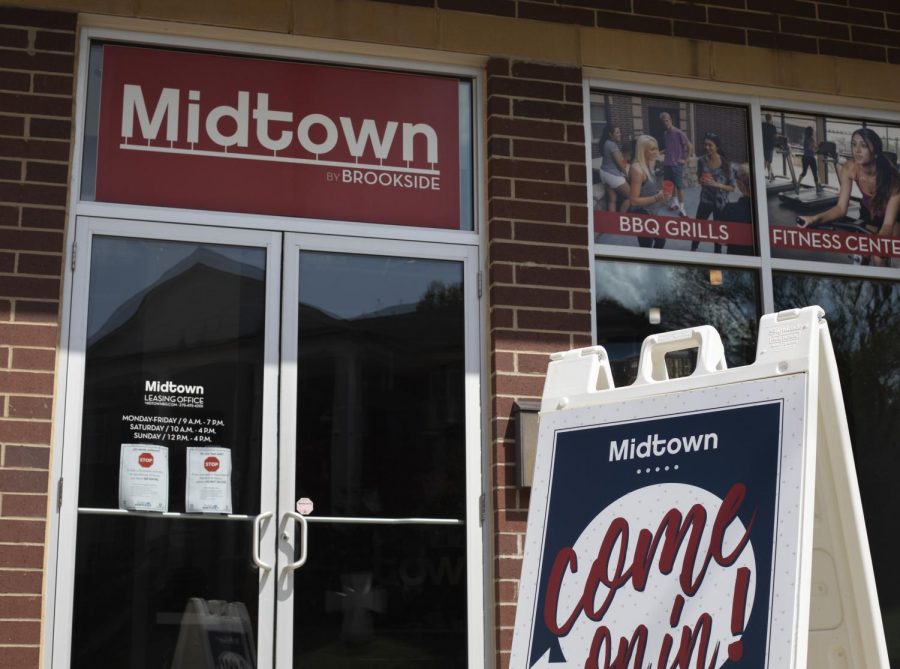 A letter sent out to student residents of Midtown Apartments from WKU on Thursday encouraged them to quarantine and seek COVID-19 testing after photos circulated on social media of a large party during Labor Day weekend.

A photo shared to Twitter on Monday shows a large gathering of people at the pool above Hideout. The people in the photo are packed in the pool area, not adhering to social distancing guidelines.

In the email from WKU to student residents of Midtown Apartments, Ethan Logan, Vice President for Enrollment and Student Experience, said that despite the requirements of the State of Kentucky, “this event included many people who were in close proximity for extended periods without proper public safety standards adhered.”

Logan said that at the time of the event, safety protocols put in place for swimming pools included a maximum of 50 percent capacity of occupancy on the pool’s surrounding deck and limited the number of people in a pool to one per 50 square feet. Logan said pictures of those at the event appeared to exceed those guidelines.

“If you, or someone you know, attended this event, WKU recommends that you limit your exposure to other people until such time that you have had the opportunity to seek testing for potential COVID-19 infection,” Logan said.

Logan said although the choice to attend the event was a personal decision, those choices “jeopardize the health and safety of our university and Bowling Green communities.”

The email stated that in order for WKU to continue their current modalities of in-person, hybrid and online earning without transition completely to online instruction, adhering to safety guidelines is crucial.

Logan said that anyone with questions about potential exposure, testing, self-isolation or quarantine should call the WKU COVID-19 Hotline at 270-745-2019, or email [email protected].