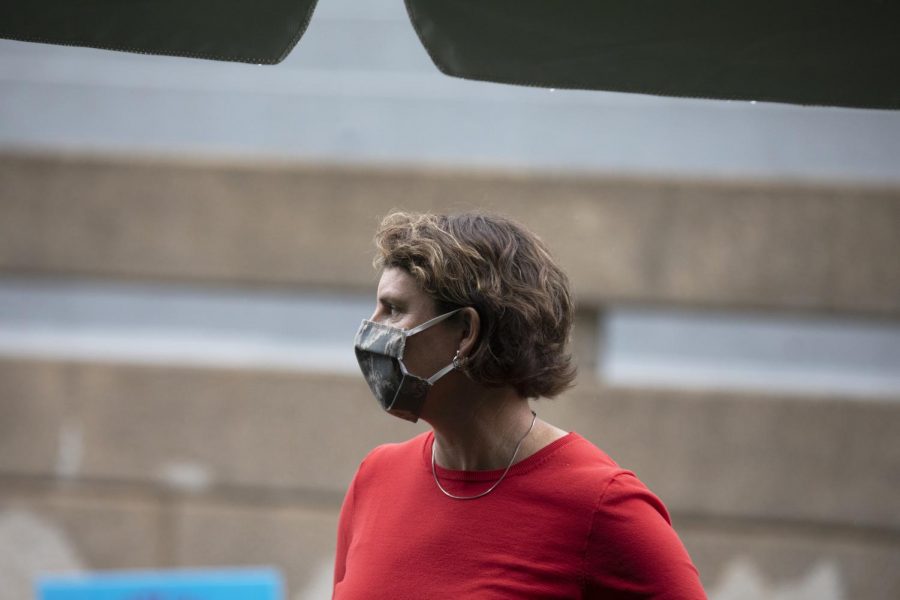 Amy McGrath, Democratic challenger to Sen. Mitch McConnell, visited WKU on Saturday, Sept. 12, where she spoke with students and community members and outlined what she will bring to Washington if elected this fall.

“We need new leaders in this country, now more than ever,” McGrath said to the crowd. “Right now, our leaders are terrible, all the way to the very top.”

McGrath believes her message will resonate with college students and says she came to campus to engage them in the political process.

McGrath says that only about 30% of young people vote in this country, a number she attributes to the current state of politics in America.

“Congress is more dysfunctional than ever, and young people say, this isn’t going to change, it’s all corrupt,” McGrath said, explaining why young people aren’t engaged.  “We’ve got to get democracy back.”

The group of around 45 students engaged with McGrath, many expressing their support in an open forum toward the end of the event.

McGrath placed blame on McConnell for the rise of the COVID-19 pandemic in the United States, and the lack of personal protective equipment that the U.S. saw in the early stages of the outbreak.

“He was the guy who failed to replenish the national stockpile of personal protective equipment,” McGrath said. “His vision is not on public health — it never was on public health. It was on cutting government and catering to big business.”

McGrath also took aim at McConnell’s recent record. McGrath said McConnell voted to repeal the Affordable Care Act 19 times, which would have taken around 250,000 Kentuckians off of healthcare.

“We must do better,” McGrath said.