Five recipes for the fall season 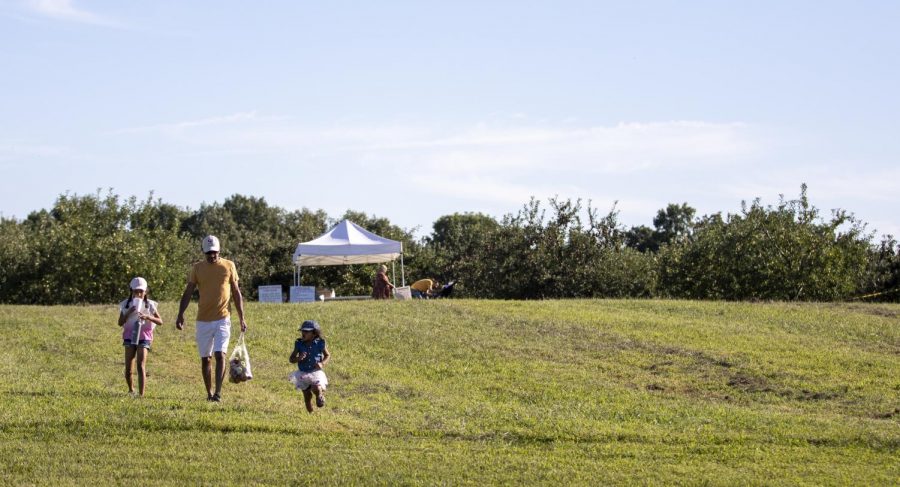 Three members of the Munchoor family leave with a collection of apples from the U-Pick orchard at Jackson’s Orchard on Saturday, Sep. 5, 2020, in Bowling Green, Ky.

Walking outside this weekend meant feeling the cool fall air announce its arrival on the Hill. Fall in Bowling Green could mean trips to Jackson Orchard, hammocking in Centennial Mall or making some fall food with friends.

Here at the Herald, we’ve put together just a few of our favorite fall recipes for our fellow Hilltoppers to try out.

1 stick of butter or margarine

Peel and cut potatoes then boil until half done. (Do not over boil.)

Put broth, vegetables and potatoes in a pot and bring to a boil. Then simmer for 20 minutes.

Melt butter in a sauce pan and add flour as the butter melts. Stir well until a thick paste forms. Then add the heavy cream and mix well. Next, add the gravy/rue to the soup mix…after it has boiled for 20 minutes.

Let simmer after adding the rue until thickens, 20-30 minutes.

Total cook time around one hour.

Salt and pepper to taste

2 cups of heavy whipping cream (can use more)

Cook over medium heat until vegetables have wilted.

Add tomatoes and their juice, basil, sugar, salt and pepper.

Cook for 5 minutes then add chicken broth and allspice.

Slowly bring to a boil.

Puree the soup using a hand blender or in batches using a traditional blender or food processor.

Return to and when it has cooled enough add cream.

10 oz can of shredded chicken

Mix all ingredients into a baking sheet.

Bake for 30 minutes and enjoy!

(This recipe is from allrecipes.com, but it is my go-to when making banana bread. It’s perfect if you’re like me and always overestimate the number of bananas you can eat before they get too ripe. I don’t know who Joy is, but I love her banana bread!)

Combine bananas, sugar, egg, and butter together in a bowl. Mix flour, cinnamon and baking soda together in a separate bowl; stir into banana mixture until batter is just mixed. Stir salt into batter. Pour batter into the prepared loaf pan.

Bake in the preheated oven until a toothpick inserted in the center of the bread comes out clean, about 1 hour.

1 10.75 ounce can of condensed cream of chicken soup

Preheat the oven to 350 degrees F. Lightly grease a 3-quart baking dish; set aside. In a 12 inch skillet, cook sausage over medium heat, heat until brown. Drain off fat. Return sausage to skillet

Spoon half of the stuffing mixture into the prepared baking dish. Spread sausage mixture over stuffing in dish. Spoon remaining stuffing evenly over sausage mixture. Bake, covered for 30 minutes or until heated through.