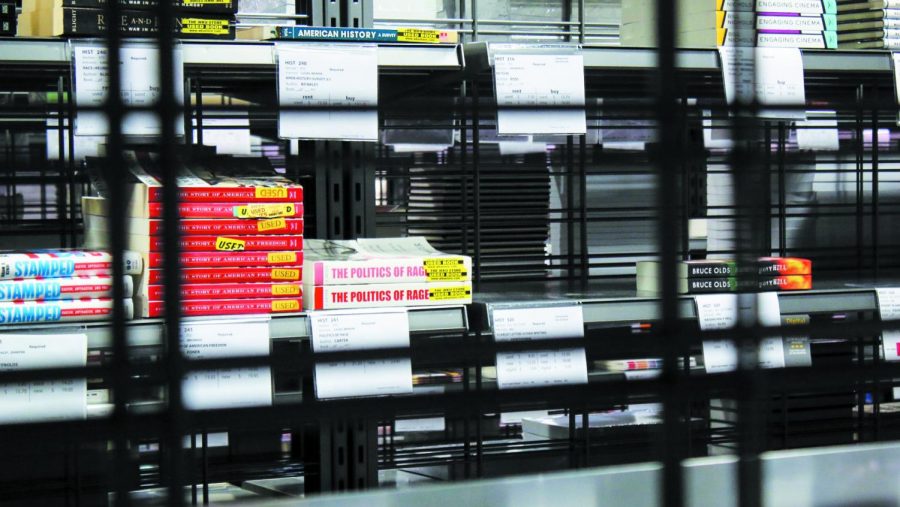 Mostly empty shelves line the WKU Store on Friday, Sept. 11, 2020. The university’s store faces many changes as they switched suppliers to Barnes and Noble, most noticeably lower access to specific supplies and a significant change in payment options.

The WKU Bookstore is partnering with Barnes & Noble in a 10-year deal that is set to privatize the previously independently-run bookstore.

According to Jennifer Tougas, interim Assistant Vice President of Business Services, the deal includes an annual $15,000 scholarship, a one-time gift of $350,000 and $1 million in guaranteed revenue for the first year.

The $15,000 scholarship was made available to Spirit Masters this year because of the quick turn-around, but Vice President for Enrollment and Student Experience Ethan Logan said future scholarships would “potentially [be] a partnered direction with SGA participation and input.”

“Knowing how our president is wired around student success, I think he will certainly use it to that end,” Howarth said.

“One thing Barnes & Noble brings to the table is purchasing power,” Tougas said.

Their access to markets and the volume of textbooks Barnes & Noble process will allow students to receive lower textbook prices, said Tougas.

The popular Day One Access program that many professors currently use will be expanded with an adoption portal rolling out later this month, Tougas said. Professors will be able to opt into this e-book program if they choose.

“Getting the textbooks adopted early in the process is really critical to help with the control of textbook prices,” Tougas said.

The partnership will require some adjustments for students.

David Hall, a worker for the Bookstore, explained how the upgraded computer system does not cross-reference classes and textbooks. When at the bookstore, students will now have to know what textbooks they need, when previously students would simply have to show their ID card and the computer would generate a list of all the textbooks they needed.

Books will now be organized by subject instead of author’s last name, which will group all similar content books together, Hall said.

“It’s kind of a tradeoff,” Hall said. “I think it’s easier for people to find text- books once they understand.”

“We have a store refresh and will begin the planning process for that within the next month or two,” Tougas said.