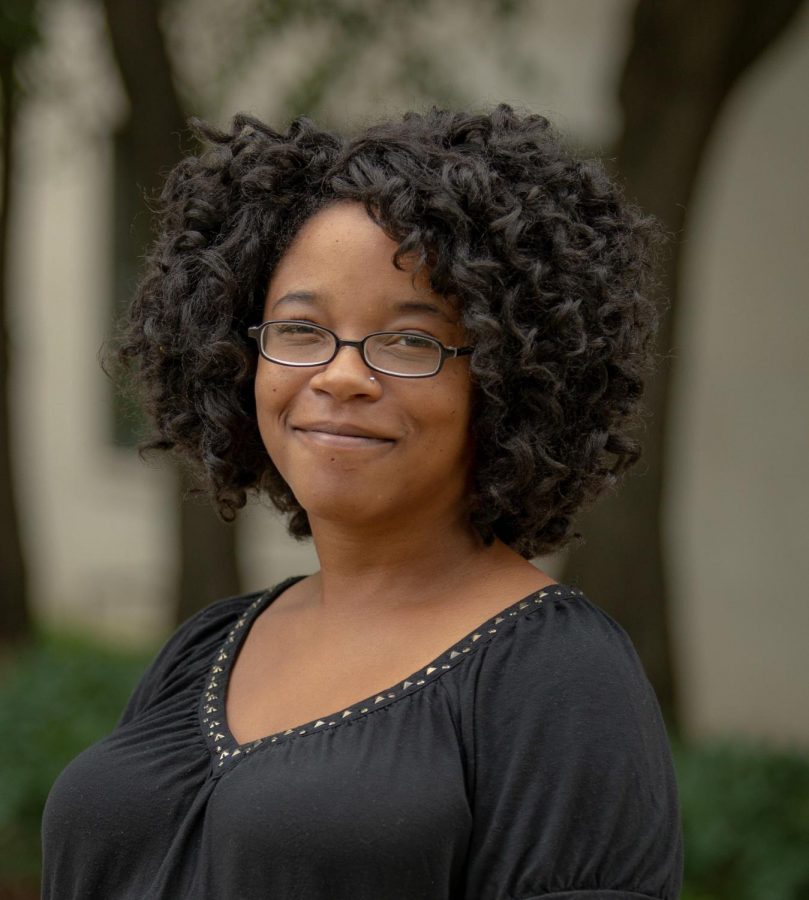 Selena Sanderfer Doss returned recently from her fellowship with the Lapidus Center For the Historical Analysis of Transatlantic Slavery in Harlem, New York City, New York.

Selena Sanderfer Doss is an associate professor within the history department at WKU. After studying at Vanderbilt and Fisk University, She came to WKU as a minority faculty fellow, and eventually secured a permanent job with help from former vice provost Richard Miller.

The Lapidus Center For the Historical Analysis of Transatlantic Slavery’s yearly fellowship brings together a cohort of scholars to discuss their work and the progress that they have made in their research. This was Doss’s second time applying to the fellowship, and she was very excited to join other Lapidus and Schomburg fellows in weekly seminars to improve her work, as well as the work of others.

“Reading the work of my colleagues at the seminar caused me to gain insights and new perspectives” Doss said. “I learned how to be more emotive in my writing and not being afraid of sharing more personal feelings, because as historians we tend to shy away from that…being encouraged to incorporate that in my historical writing was nice.”

The Lapidus Center is a smaller portion of the Schomburg Center for Research in Black Culture, and deals specifically with the study of slavery. This subject is not foreign to Doss, as it is the epicenter of her personal academia.

“I am a scholar of slavery,” Doss said. “My research is on black nationalism, as well as black separatism, which are immigration and colonization movements.”

Doss said these movements were “Back-to-Africa movements”, though the destination wasn’t always Africa.

While in Harlem, Doss worked on her current book project titled “Involuntary Pilgrimage: Territorial Separatism Among Black Southerners, 1783-1904.” Doss said she was able to complete two chapters dealing with the emergence of movements in the antebellum south, as well as their structure and the type of leadership they used to draw in participants.

“The point is that I saw and experienced history in my daily excursions,” said Doss. “There was an energy and spirit there that was infectious.”

When the COVID-19 pandemic reached the United States in March, Doss and the other fellows didn’t stop working together on what they came to do.

According to Doss that the fellowship’s weekly seminar meetings transitioned to zoom and that the COVID-19 pandemic wasn’t the only big thing to occur while she was in Harlem. She also got to experience many of the peaceful demonstrations from the Black Lives Matter movement following the unjust deaths of Ahmaud Arbery, George Floyd, Breonna Taylor, and many other black Americans.

“I felt like I was experiencing a moment in history, I would read things in the news about incidents between police and civilians in different parts of New York, and I felt like I was there…there was an energy,” Doss said.

Not only did Doss gain new perspectives and experience history in Harlem, she said she has already begun applying texts she was exposed to there to her instruction this semester at WKU.

Doss said she’s incorporated Afro-Pessimism, Frank Wilderson and Afro-Gothic into her curriculum. Allowing her to include some modern pop-culture into her daily instruction.

“Looking at those ventures from a scholarly African-American studies perspective has been fulfilling in class,” Doss said.