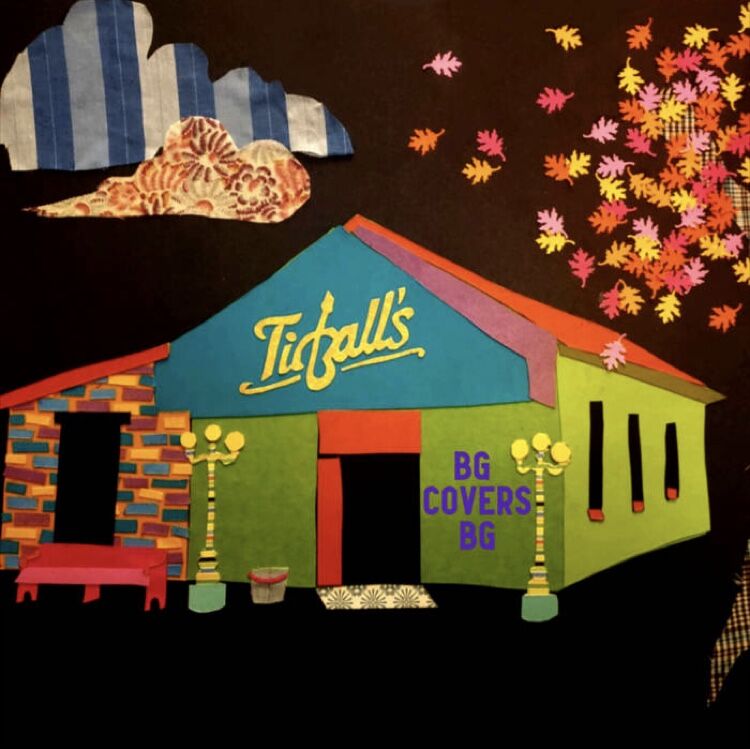 In what is one of the must-listen-to albums of the year, local artists have come together to support their beloved music venue: Bowling Green’s Tidball’s.

The hard-working, passionate musicians that call Tidball’s home have collaborated to create a covers compilation that not only shows support for their peers, but the legendary venue itself.

Throughout the pandemic, Tidball’s has struggled to keep its doors open. From the end of March until July, the venue was closed to the public, aside from live streamed musicians on its Facebook page.

These live streams along with donations in support of the artists have enabled the venue to keep its doors open for a short period of time.

As COVID-19 restrictions briefly subsided in July, Tidball’s was able to have live music with guests for a few weeks. As restrictions have once again increased, Tidball’s has again closed for the time being.

Released on August 7, “BG Covers BG” includes 26 Bowling Green artists covering other area artists each in their own unique style. 23 different artists songs are covered on the album including three originally written by Lost River Cavemen and even a cover of Cage the Elephants “Ain’t No Rest for the Wicked.”

All proceeds from the album will benefit Tidball’s in their journey to stay alive in these difficult times.

What is special about this album is the bond and the influence that can be heard from each cover song. It is easy for any listener to absorb the passion set forth to put this piece of work together.

Needless to say, 26 tracks is a lot to take in at once. The physical version of “BG Covers BG” is split into two discs.

No disrespect to any of the artists not mentioned in this review, there is just a mountain of music to appreciate here. There were 12 tracks that really stood out and gave the album a good feel for the most diverse listeners.

The album artwork itself is a spectacle. A collage of the façade of Tidball’s in bright colors aides a dark background with beautifully colored clouds and leaves over the venue.

There really could not have been a better track to start off this record.

Rose Hotel covers Jordan Pendley’s “My Mind It Spun” with absolute charm. This opener draws in even the edgiest of music fans with melodic riffs and vocals that are comparable to Dolores O’Riordan.

This track makes a great first impression, starting the album off with easy listening vibes.

The Cartoons follow up the introduction with a much looser feel. They cover SCHOOLS’ “Darker Days” which sounds a lot like an early 2000’s garage rock tune.

The way the melody of the bass adds to the low-pitched, monotone vocals is really fitting for a song like this.

Four songs into the album is where listeners can really find what Bowling Green’s artist have to offer. Jamie Resch & The Barc’n Spiders cover Ty Barc’s “Whisper” in what is the most elaborate jam on the whole record.

The guitar work, along with howling vocals really takes the listener for a ride in this five minute masterpiece. Halfway through the track, things speed up with a rocking instrumental that does not let up until the end of the song.

A few songs later, Nick Minnow steps the energy up a notch with a cover of “Screamin’ Delta Demon” originally written by Opossum Holler. This song will make you want to drive — fast.

In just under three minutes, Minnow is able to grab listeners with fast riffs, distorted vocals, and a good-feeling, wild ride of a track.

In appropriate fashion, Tomino’s Hot Oven Band follows up with a cover of Pizza Riot’s “High and Tight.” This is the kind of song that makes a listener want to party and drink, as stated in the lyrics.

The looser feel towards the middle of this record is really satisfying after a darker start to the album.

Upon listening to Dog School Dropouts’ cover of “Firecrackers” by the Hungry Ears a more melodic vibe comes back. The unique thing about this track is the combination of guitar effects and spoken-shouted vocals.

Twelve tracks in lies the grooviest song on the whole record. Josh Hines’ cover of “No Sweeter Place” by Billy Swayze captures the airiness and diversity of this album in one song.

Spacey guitar work and layered vocals make this one of the most unforgettable songs heard here.

A couple songs later is the most unexpected piece of work of them all. Cash Wilson does a mind-blowing cover of “Be Mine” by El Astronauta in which he turns a punk-rock song into a pop hit.

Listening to the original “Be Mine” and then hearing Cash Wilson’s version is night and day. It does not even sound like the same song and that is an ode to Wilson. It works very well.

If “Be Mine” was not enough to intrigue listeners, the only rap song on the whole album is a couple tracks later.

C Minor absolutely gives his all on “Dirty Mouf” originally written by Big Dick Beaver & Turtleman. This is a rap song that combines a quality beat with interesting sound effects along with spoken-rapped vocals.

Transitioning from a song like “Dirty Mouf” is hard to do on such a diverse record, however there would not have been a more fitting song to put next.

In typical fashion El Astronauta rocked out an excellent cover of “Rainbows and Butterflies” by Girl Tones. It is easy to see how well these two bands compliment each other through this cover.

This song was meant for El Astronauta to play. The compact drumming with punk riffs fits their style well.

Heading into the last third of the album is the most abstract song of the group. Dr. Tom and the Mini-ME’s “Sliced the Amp” originally written by The Cartoons is a simple bass line with spoken words for lyrics.

This is a great song to put towards the end of an album like this as it does not compare instrumentally to any other song on the record.

Put all 26 songs together and you get a magnificent work of art that portrays the Bowling Green Music Scene masterfully.

Cris Rutledge of The Cartoons was able to elaborate on how much this record means for Tidball’s and the local music scene.

“For the Bowling Green music scene losing Tidball’s would be like losing an organ. So we cannot let that happen,” Rutledge said. “The music scene in Bowling Green has always been tight knit. The idea of doing a local record of covers has been on our radar for a while now, so this seemed like a great time to try out this community art project.”

“BG Covers BG” is available for download on Bandcamp, Spotify and iTunes. A physical CD copy can also be purchased at Mellow Matt’s for $15.

For music fans in the area this is a must listen album not only for the quality music it contains, but for the local music scene itself.