Packers by position: With Jaire Alexander on the rise, secondary could be Packers’ primary strength 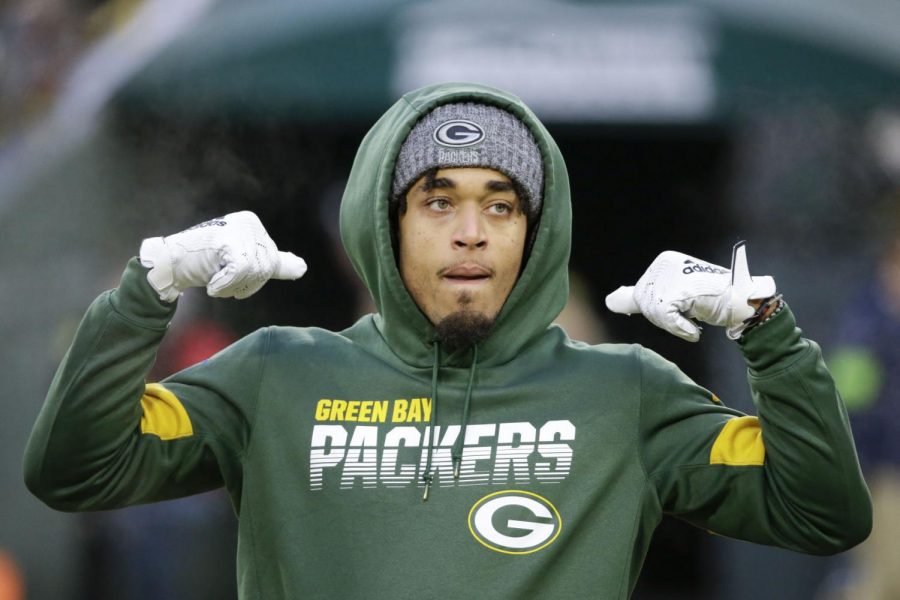 GREEN BAY — Madden video game ratings probably aren’t the end-all, be-all of assessing a football player’s ability, although there are surely worse metrics, too. And you can bet the modern NFL player cares very deeply about how EA Sports views his speed, strength, agility and overall ability.

So while the fact that Green Bay Packers third-year cornerback Jaire Alexander received a 90 rating from the ubiquitous football video game — among cornerbacks, only New England’s Stephon Gilmore (99), the Los Angeles Rams’ Jalen Ramsey (94) and San Francisco’s Richard Sherman (92) scored higher — may not necessarily stamp him as an elite cover corner, it has certainly provided evidence that he is trending toward that echelon, even if he hasn’t quite proven himself worthy.

(For the record, the Packers’ other starting corner, Kevin King, received a 73 rating.)

But there’s no question that Alexander has had a number of impressive performances that show he’s in that conversation, and new defensive backs coach Jerry Gray — having coached his share of top-flight cornerbacks — believes Alexander has the talent to be included among the best of the best.

In fact, during his introductory Zoom video conference call with reporters, Gray spent a good portion of the conversation raving about Alexander and comparing him to some of the quality corners he coached throughout his 24 years in the NFL.

“You’ve got a very young, energetic guy who made a lot of plays last year on a really good defense,” Gray said of Alexander midway through the team’s virtual offseason program. “When I look at Jai, he reminds me a lot of Samari Rolle when I had Samari in Tennessee. They weren’t really big guys but they were physical. They got really great cover skills and excellent ability to see. DeAngelo Hall had that, too.

“When you got guys who have that type of skill, that’s a big plus. I see Jai — I know he’s working. We talk all the time. The biggest thing I talk to him about is where do you want to go? I’m not going to try to put his business out there, but I know where I want him to be. Because like I tell all the young guys, I’ve got the knowledge to get you where you have to go. Now, it’s up to you to want to work to get there.

“I’m fortunate enough to have guys like Xavier (Rhodes) and Antoine Winfield and Nate Clemens, and Samari and DeAngelo. I could just name about another five guys that have actually made it to the Pro Bowl because they took the knowledge. They went out there and played and they played at a high level, and then they become one of the highest paid guys in the league.

And while Alexander, who finished last season with 63 tackles (41 solo), two interceptions, a forced fumble, a fumble recovery and a team-high 23 pass break-ups on his way to being named as an alternate for the Pro Bowl, can be brash and cocky, he has cultivated a reputation for being a hard worker. So that shouldn’t be a concern, especially based on how he reacted to his performance in a win over the Dallas Cowboys in late October, when he matched up with wide receiver Amari Cooper and surrendered eight receptions for 201 yards, including a 53-yard touchdown.

“You know, for me, it was … good. Definitely humbling,” Alexander said a few days after that game. “It allowed me to be like, ‘Hmmm, all right. I’ve got some things to work on before I want to consider myself the best.’

“I consider myself one of the best, but after that game, it’s like, ‘I’ve got things I’ve got to work on,’ if I’m going to have that confidence to say I’m the best. It’s definitely humbling.”

Here’s a closer look at the defensive backs as the Packers prepare for training camp, which is set to begin when players are scheduled to report on Tuesday:

After two injury-derailed, inconsistent seasons, King, the team’s top pick (No. 33 overall) in the 2017 NFL draft, had his best and healthiest season in 2019, when he appeared in 15 games with 14 starts and posted a career-best 59 tackles (45 solo), a sack, a career-best 18 passes defensed (No. 2 on the team) and a team-leading and career-high five interceptions — which tied for fourth-most in the NFL. Now, in the final year of his rookie contract, he’s one of several key starters (left tackle David Bakhtiari, nose tackle Kenny Clark, center Corey Linsley and running back Aaron Jones being the others) playing for their next contracts. With a new position coach, King could elevate his game and earn himself a big raise in 2021.

“I’ve looked at Kevin on film,” defensive backs coach Jerry Gray said. “I’ve looked at a lot of those guys, and I like what they do. They’re young, they can all run. They’re different styles. To be honest, there’s really no cookie-cutter style that you can have on a football player, and say ‘Hey, this guy is going to be a hard-jam guy, he’s going to be a soft-press guy.’ What I like to do is what a guy is really good at and then adopt my system to what can do right now. So there’s a lot less learning on what a guy can do.”

Sullivan was one of the most pleasant surprises of the 2019 season. Cast adrift by the Philadelphia Eagles, the Packers picked him up late in the offseason last year and he wound up seeing action in all 16 games and both playoff games, contributing on defense and special teams. He finished the season with 26 tackles (17 solo), an interception, a forced fumble, a QB hit and eight pass breakups — and now is in line for an expanded role this season, especially with veteran Tramon Williams having not been re-signed.

Defensive coordinator Mike Pettine even mentioned Sullivan in the same breath as safeties Darnell Savage and Adrian Amos and outside linebackers Za’Darius and Preston Smith when discussing players who should benefit from being in their second year of his system.

“It is nice to have those guys back,” Pettine said. “There were so many guys that were a big part of what we did that really were in their first year, whether it was Darnell or Adrian or the Smiths and then even Sully taking on a big role.”