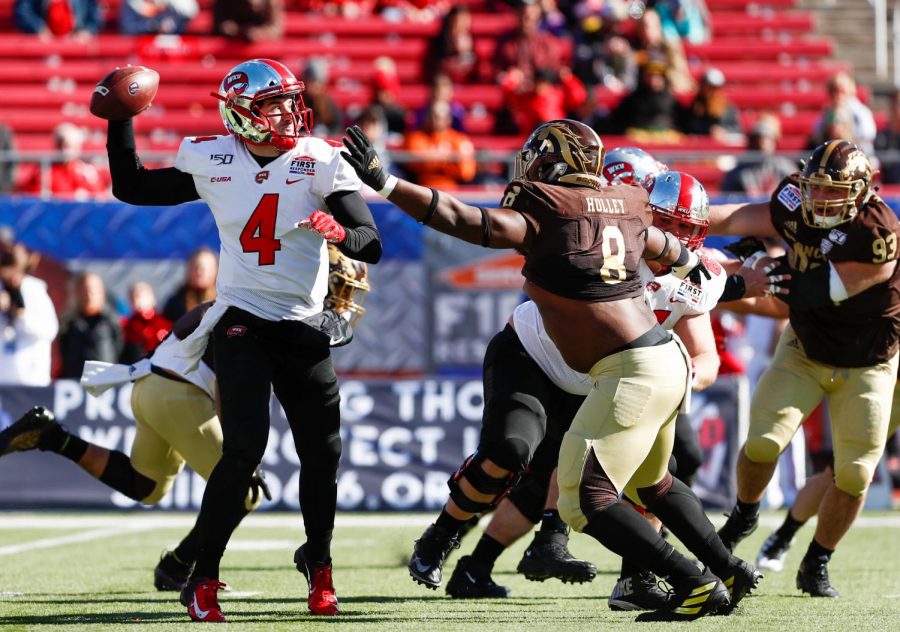 The WKU Football team was slated to play Indiana University this coming fall on the gridiron. The matchup on Sept. 12 with the Hoosiers has been canceled following a Big 10 conference ruling on Thursday.

The Big 10, which Indiana belongs to, announced in a statement on Thursday that if its member schools are allowed by the NCAA to participate in fall sports, they will move to a conference-only schedule.

The last time the Hilltoppers played the Hoosiers was Sept. 19, 2015, losing 38-35. IU has an outstanding 3-0 record against the WKU football program.

Within the contract with the Hoosiers courtesy of WKU Associate Athletic Director Zach Greenwell, the Hilltoppers were due to play three games against the cross-state opponent.

As of Friday, WKU has not had any discussions about the schedule changes with their opponents, Greenwell said. WKU has no further comment at this time.

According to the contract between both programs, the Hoosiers were due to pay the Hilltoppers $550,000 for each game.

The WKU football program’s projected budget for 2020-21 is $6,945,397 and with the cancellation of this game, the Hilltoppers take a hit due to concerns with the coronavirus.

Without the game being played the Hilltoppers estimated budget decreases to $6,395,397.

WKU’s remaining non-conference games are against the University of Tennessee-Chattanooga, Liberty University and University of Louisville. Louisville is a member of the ACC, which is expected to implement a conference-only schedule as well.