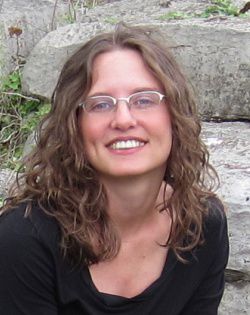 Dr. Elizabeth Gish, former associate professor and interim department head of Philosophy and Religion, has resigned and will continue on her work at the Kettering Foundation.

Gish, who is from Arcanum,Ohio, had been at WKU since 2011. She holds an undergraduate degree at Miami University of Ohio, where she studied religion, political science, and psychology. She went on to get her master’s and doctorate in religion at Harvard Divinity School.

Originally hired as a full time faculty member in the Honors College, she helped build the original Citizen and Self, which is considered one of the most difficult courses in the country. It focuses on how to become an effective citizen, which was developed to help students know their responsibility is in life and to be able to have the skills and understanding to work on problems in life, according to Craig Cobane.

Dr. Craig Cobane, executive director of the Mahurin Honors College, professor in the Department of Political Science and the John and Jacque Jarve endowed professor in Honors, says that Gish taught him a phrase that  will stick with him today.

“‘How do we grapple with the wicked problem of our time?’ If I can put it this way, my generation is leading your generation into a lot of bad significant wicked problems. Not that we expect the class to solve these problems, but we want to help the students have the skills and the understanding to work on these problems for the rest of their life.” said Cobane.

Cobane describes Gish’s departure as a huge loss to the university. He says that no matter what happened that she had always remained positive about things.

“She has done an amazing job. She was a great mentor and has done great things for a lot of students. She is always willing to help and was always passionate about her students in helping them succeed. I wish the world had more people like her.”

Overall during her time at WKU, Gish said that she really enjoyed everyone from students to faculty. “I could have not picked a better place to work. I thought the students were amazing and my colleagues were great. I thought it was good to have to teach a mix of students,” said Gish.

She described her time as department head as wonderful, but also challenging. With the university facing budget cuts for many years the instability provided impossible situations.

Gish says that due to the lack of public funding for universities, it puts universities in an impossible position. While many people had tried as hard as they could, she felt like it was insoluble.

“There is just not enough funding to adequately run the university. I just thought after every year of there being budget cuts, a lot of instability from people, many faculty and staff lost their jobs, I felt like it was kind of like an unstable place to be,” said Gish.

The new interim department head will be Dr. Merrall Price, associate dean of Potter College of Arts and Letter and a professor in the English Department.

Price had come to appreciate Gish’s friendliness while working together at the University College, which was dissolved amid budget cuts. “She has the opportunity now to go outside of academia and do some good in the world. I’m excited that she gets to do that. She will be great,” said Price.

Price said that even though we are in unprecedented times she’s excited to take on the task regardless of the uncertainties. “I know there is going to be a lot of work to do. It’s something that I wanted to do. I think being a department head is a good insight on how our university works.”

Gish will soon return back to Ohio to work at the Kettering Foundation, a research organization that focuses on what it takes to make democracy work.

The foundation has different areas of work, including high education where Gish plans to focus on different lines of work, religion and public life, to still help students, faculties and universities all over the country.