The Department of Geography and Geology will have a new name 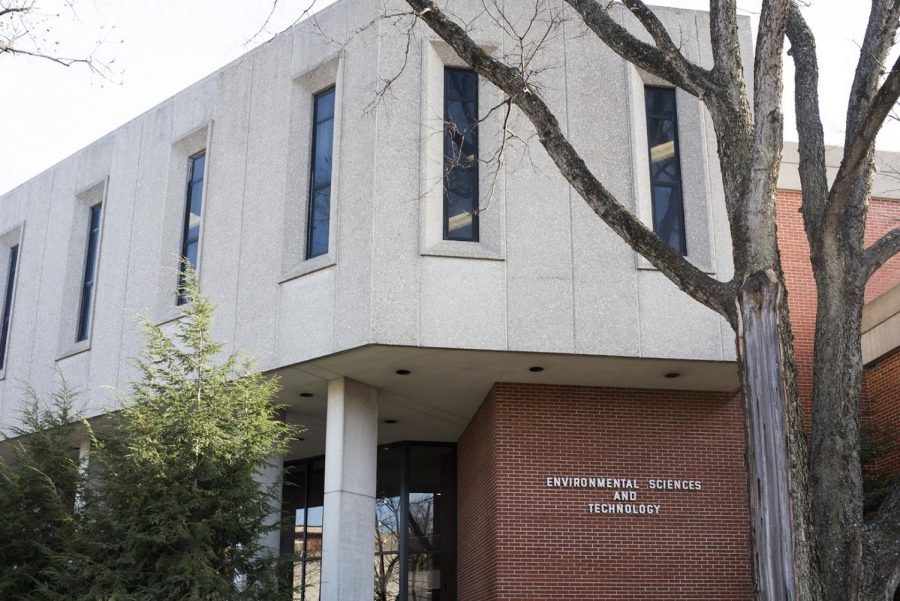 The Environmental Science and Technology Building on the campus of Western Kentucky University.

The Department of Geography and Geology has taken action to change their name to Earth, Environmental and Atmospheric Sciences.

Department Chair and Associate Professor of Geology, Dr. Fred Siewers, said that discussion for the name change has been ongoing to reflect all the subjects that the department covers.

“The name was the department of Geography and Geology and that doesn’t say anything about all the wonderful meteorology, and atmospheric science that we do and all the work with the environment that we do in the department so we figured a name change would be more reflective,” said Siewers.

Dr. Stuart Foster, professor in the Geography and Geology Department as well as director of KY Climate Center and Kentucky Menseot, says that there have been many changes over the years to the program and the new name seems like a much better fit for where they are right now.

“There were many of us who had to evaluate options,” Foster said. “The old department name has served us well, but departments evolve and our society changes.”

He said the new name also helps showcase what the program has to offer.

Siewers said the new name helps keep the department consistent with others nationally.

While discussing the process of the name change, Provost Stevens told the Board of Regents that the university changed the policy which now governs department changes by moving the name change through the academic chain, and finally with the president and university.

After gaining department approval, Siewers stated that they spent the next few weeks deciding what they wanted which was to acknowledge all the department has to offer.

Siewers explained that they reached out to other departments such as public health and engineering, before going to the next stage, which was to get approval from the dean of Ogden College, provost and then the president.

“We had heard through the grapevine that President Caboni was also interested in finding out what we were doing, that’s why I was at the Board of Regents meeting,” said Siewers.

President Timothy Caboni, says the name change is a wonderful example of the CAPE Process.

“As difficult as that was to go through, self analysis and self critique hopefully creates stronger outcomes and stronger programs,” said Caboni in the Board of Regents meeting.

He said through his first hand experience, he is able to see a great example of applied learning with the work of students alongside faculty that occurs during the program.

“I commend that entire department for being creative and flexible and finding a place for everyone and crafting something that I agree is gonna attract ever more interest and more student subscriptions,” said Caboni.

Multiple alumni and stakeholders voiced their support for the name change in emails addressed to Siewers, which he showed to Caboni after the meeting.

“If they want anything to do with the earth, the environment or the atmosphere, that is what we do in an intertwined way,” Siewers said.