Packers by position: Without Bryan Bulaga, Packers hope to hold the line with ex-Badger Rick Wagner stepping into the breach 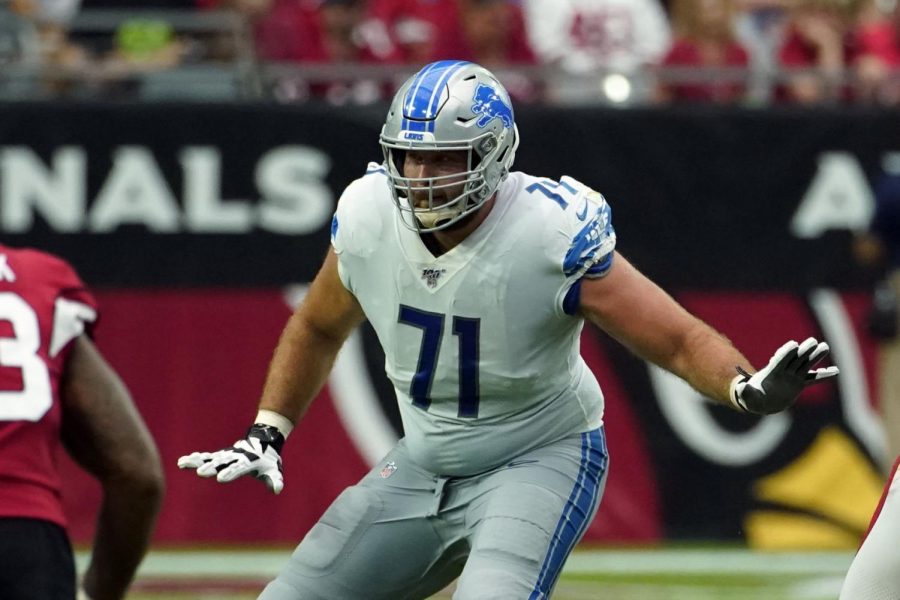 The duo had spent the past six NFL seasons as the Green Bay Packers’ bookend offensive tackles — Bakhtiari on the left, Bulaga on the right — and had become extremely close friends in the process. But with Bulaga departing for the Los Angeles Chargers in free agency, Bakhtiari hasn’t tried to hide the fact that he wishes his running mate had stuck around.

He’s mentioned him in interviews, he’s shared outtakes of their joint NFL Network interview on his Twitter feed, and while he’s embracing a greater leadership role, he’d rather have his friend back.

“I love the guy,” Bakhtiari said earlier this offseason.

But the question for the Packers’ offensive line entering the 2020 season is this: Will the offensive line — and the offense as a whole — miss Bulaga just as badly on the field as Bakhtiari misses his friend?

To fill the void left by the 2010 first-round pick and longtime starter — his departure left only quarterback Aaron Rodgers and kicker Mason Crosby as the final remaining holdovers on the roster from the Super Bowl XLV championship team — the Packers signed ex-University of Wisconsin tackle Rick Wagner to a two-year, $11 million deal in March after he was cut by the Detroit Lions.

But replacing the 31-year-old Bulaga, who started 124 career games (including playoffs) in Green Bay, is no easy task. Yes, Bulaga did sustain season-ending injuries in 2012 (a hip injury in November), 2013 (a knee injury sustained in training camp in August, which opened the door for Bakhtiari to start as a rookie fourth-round pick at left tackle) and 2017 (a knee injury in November). But he started all 16 games last season, which most observers considered the best of his career, and he had started at least 12 games in 2014, 2015, 2016 and 2018 as he returned to form as one of the league’s top right tackles.

“Unless Rick’s changed and kind of gotten too caught up in the limelight, he was a sweetheart when I met him back in 2013 and the few encounters that we’ve had together throughout our careers in the NFL,” Bakhtiari said. “He’s always more of the soft spoken, sweet side. Of course, his game kind of reflects differently. I think he lets out most of his aggression and anger in the game. So, in terms of fitting in the room, I don’t think there will be an issue.

“In terms of what I would expect, I mean at the end of the day, who knows what he’ll bring? But I’d assume he’ll acclimate just fine and kind of be the soft spoken, kind of neutral voice that I think is needed and maybe at times to calm me down or tell me to shut up.”

The good news for the Packers is the rest of the line remains intact, with Bakhtiari, left guard Elgton Jenkins, center Corey Linsley and right guard Billy Turner, along with backups Lane Taylor, Lucas Patrick and Alex Light. Veteran Jared Veldheer, who started and played well in Bulaga’s place in the NFC divisional playoffs when Bulaga was ill, has not been re-signed but remains available, too.

“A lot of the guys are back,” offensive coordinator Nathaniel Hackett said midway through the virtual offseason program. “That is definitely a big positive as you look at all the different things that are going on throughout this country. We’re very lucky to be in that situation. And we hope that’s going to help us and we can still grow.”

The line won’t be short on motivated individuals, either, as both Bakhtiari and Linsley are in the final years of their contracts and Turner, who had an up-and-down first season in Green Bay, will have to stave off Taylor to keep his starting gig. (Taylor was the starting left guard last year before a season-ending arm injury.) Bakhtiari, Linsley and Turner also must take on greater leadership roles with Bulaga gone.

“I told Bryan right away when he became the elder statesman in the room, I let him know, ‘Look, I’m going to be your co-captain. At the end of the day, I’m going to defer to you,’” Bakhtiari said. “With that being gone, it’s me and Lane are the two oldest and two longest-tenured Packer players in the offensive line room.

“The best way to lead is through your own personality because the way that you choose to lead that’s genuine comes across and gets absorbed the best. I’m just going to continue doing how I’m doing it, and I think it helps to have other guys — Lane, Corey, Billy — that take that next step up in the ladder and their voice being heard and their leadership being shown.”

Here’s a closer look at the offensive line as the Packers prepare for training camp, which is slated to begin on Tuesday when veterans are hoping to report for COVID-19 testing and other administrative matters:

Is Rick Wagner up to the task?

The 30-year-old Wagner, who entered the league as a fifth-round pick with the Baltimore Ravens, had two years left on a five-year, $47.5 million free agent deal he signed with the Detroit Lions. He wound up starting 40 of a possible 48 games at right tackle but never lived up to a contract that made him one of the highest-paid right tackles in the league. But there’s no question he’s played a lot of really good football over the years and was a less expensive alternative to bringing back Bulaga, who got a three-year, $30 million deal from the Los Angeles Chargers while Wagner will actually count more against the Lions’ salary cap this season ($5.8 million) than he will on the Packers’ cap.

That said, Wagner will have to rely on his experience (102 games, 87 career starts) after a virtual offseason that kept him from taking a single on-field snap with any of his linemates.

“What we like about Rick is he’s played a lot of football. And he’s a veteran presence. The game’s not too big for him,” coach Matt LaFleur said. “He’s going to come in and he will compete. That’s the thing about everybody. We’re going to make everybody compete and earn their positions. but, definitely excited about the player, the person. Everything I’ve heard about him is that he is just such a team guy. He’ll be great in the locker room. So can’t wait for him to come in here and compete for that spot.”

A member of the 2019 all-rookie team, Jenkins was terrific once he took over for an injured Lane Taylor after two games — a lineup change that might’ve happened even if Taylor had stayed healthy. Now, in Year 2, his game will have to elevate — something left tackle David Bakhtiari fully expects from a kid he sees as a likely star in this league.

“He’s very naturally gifted. I think the thing that separates him is his instincts as a football player,” Bakhtiari said. “When you can’t really explain why you’re doing certain stuff but you’re doing it, as someone who can relate to that earlier on in my career, that’s extremely effective. When you’re just playing fast and answering questions and you don’t really know why you’re doing it, that’s awesome because you’re not even thinking about it.”