Greeks looking forward to opening houses in the fall 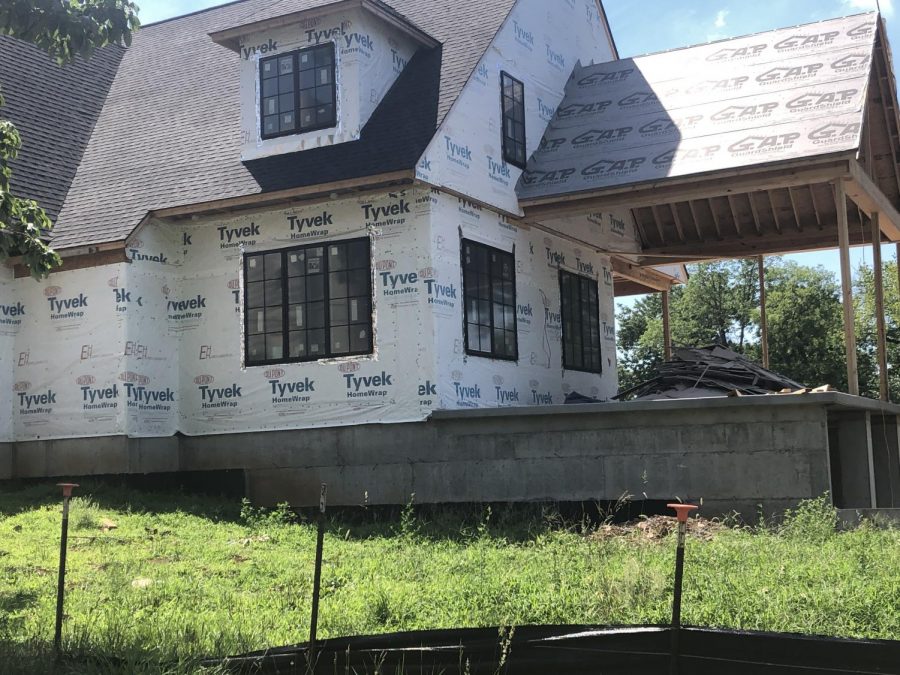 Two Greek houses are expected to open up this fall, after a years-long process of construction to the Greek Village.

The Alpha Omicron Pi Sorority is building a new house on Chestnut street that is replacing their current house on Normal Street, which WKU purchased. AOP President, Claire Schneider said that they are expected to move in the first week of August.

“We had outgrown our old house and it’s the way our housing corporation with AOP international works. It was our turn for a new house,” said Schneider.

Since the pandemic, construction of the new house had been met with delays. Schneider said that they had issues getting the old house packed up and sorted through due to social distancing.

“We waited until the more strict part of quarantine guidelines had been lifted and we brought in about six of our advisors to come through and to start going through our basement and packing things and just taking turns in wearing masks,” said Schneider.

The sorority had to also face losing Meredith Hall due to it being converted to a co-ed upper class men dorm, according to Housing and Residence Life, but Schneider is still optimistic with the new house coming along.

“It will give us a nice space for sisterhood. Think it will increase alumni involvement and we will have a place to host everybody for more alumni and active member game nights,” said Schneider.

Sigma Phi Epsilon is also expecting their house to open this fall. The fraternity house, located on College Street, will be replacing their former house on the same site.

Sigma Phi Epsilon President Carlos Gomez said “We are still trying to stay contingent on WKU’s plan, it might change because they are not official yet.”

Gomez said after about a 10 year endeavor they were finally able to put up the house.

“Our old house was very old. We decided that as our chapter was growing that we needed a bigger hub for us to mingle and hang out.”

The fraternity has also faced some setbacks due to the pandemic, such as the continuation of construction and how many people could be there at once.

“I’m glad that it was nothing major and that it was just delays in terms of building the house in general,” said Gomez. “I think that just having a place for brothers to get lunch together, come between classes, go and hang out will help with the brotherhood aspect and unity. Overall just to help build bonds.”

Another fraternity, Lambda Chi Alpha, is under construction on their house located on Chestnut Street to replace their former house on the same site, but they were unavailable for comment.