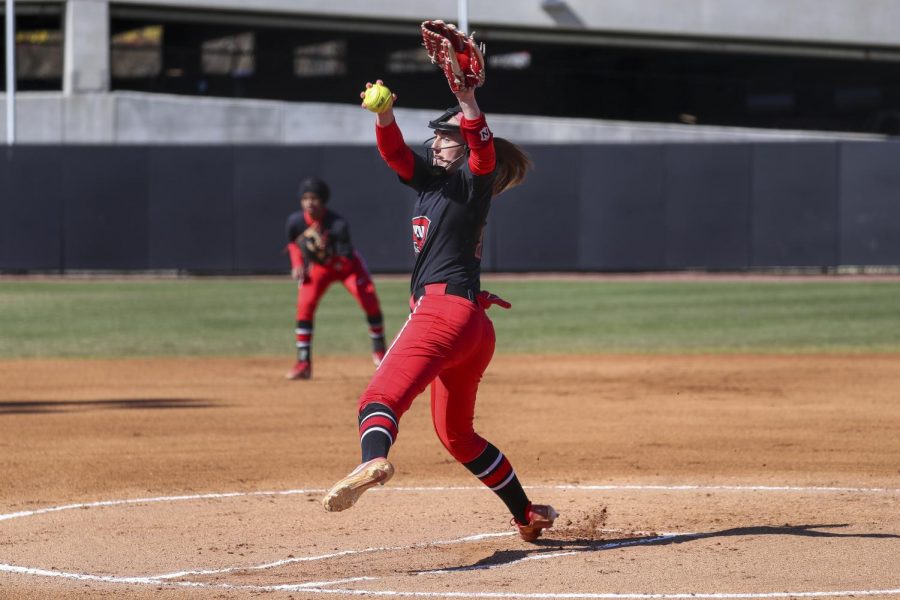 Kelsey Aikey pitching against Illinois State on February 29, 2020 at the WKU Softball Complex.

WKU Athletics announced June 25 that rising redshirt senior Kelsey Aikey is slated at No. 23 on D1Softball’s Top-100 Pitchers List, which has been released on a weekly basis since April 15.

Zone Control is how well the pitcher controls the strike zone with strikeouts, walks, wild pitches, and hit by pitch. Pitch ability refers to the pitcher’s ability to pitch and uses statistics like WHIP, FIP, and opponent slugging. Durability is largely based on innings pitched and batters faced according to the organization.

The righty racked up 116 strikeouts against 33 walks while limiting the opposition to a .204 batting average.

Prior to the 2020 campaign being cut short, Aikey earned Conference USA’s Pitcher of the Week nod twice in five weeks of distribution.

Aikey was also named to the league’s Preseason All-Conference Team and was named one of 30 Senior CLASS Award candidates across all of Division I softball.

Aikey is the lone Conference USA representative on D1Softball’s Analytics Top-100 rankings, and the pitcher will return for her fifth season on The Hill this fall.