“We are one WKU.” Campus leaders share strategies for campus inclusion initiatives in email 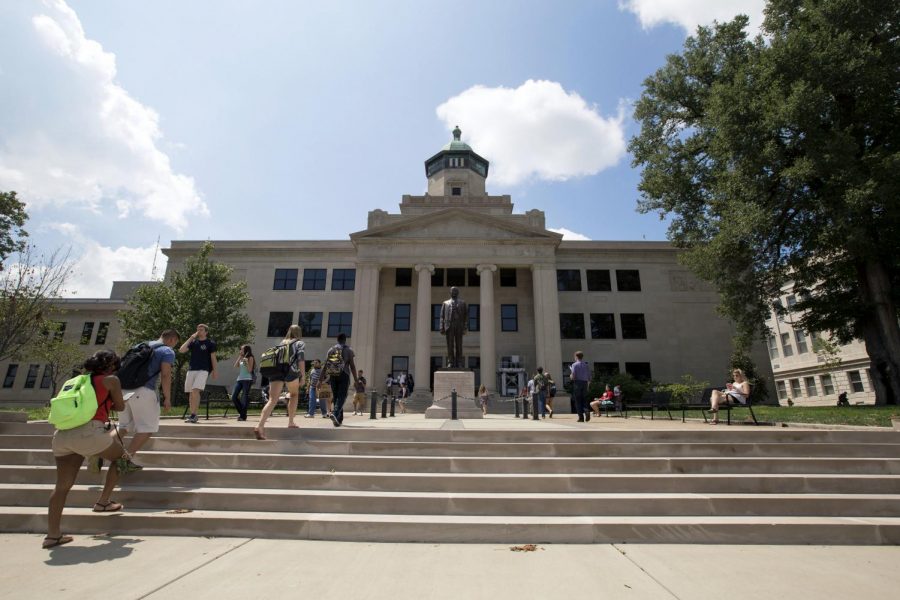 Students walk toward Cherry Hall on the first day of classes at WKU on Aug. 25 in Bowling Green. Mike Clark/HERALD

WKU President Timothy Caboni, along with Provost Cheryl Stevens, Assistant Provost for Institutional Effectiveness Molly Kerby, and Director of Student Conduct Michael J. Crowe, sent an email out to students, faculty, and staff on Tuesday that outlined initiatives for curbing racism on campus.

“It’s imperative, now more than ever, that we join together in ensuring all members of the WKU Family–students, faculty, alumni and friends–not only feel welcomed and safe, but experience our campuses as inclusive environments in which to live, learn and grow,” Caboni said in the email.

Caboni said that WKU will strive to create a more inclusive environment this fall by implementing implicit bias training for all faculty and staff, working to create an inclusive justice partnership with WKU Police, and by adopting hiring policies that support minority job candidates. WKU is also planning to establish a “cultural competency program” with the Kentucky Council on Postsecondary Education.

Additionally, WKU is planning to promote constructive dialogue that will hopefully create solutions for interracial issues, Caboni said. The university is planning on creating a single space that holds all of the campus community’s concerns that relate to race.

Caboni noted that the Diversity, Equity and Inclusion team was restructured in 2019 in order to include the leaders of the university’s major faculty, staff, and student governance groups. The DEI will provide faculty and staff with monthly updates on the developments of the new plans and strategies that the university will implement.

“We must come together to address the pressing issues occurring in our broader communities and confront the systemic struggles and challenges we face as a society,” Caboni said.

Howard Bailey, the second vice president of the Bowling Green NAACP, said that WKU should have created their new inclusion initiatives before there was nationwide uproar over the issue of racism. Bailey also believes that the DEI team needs more African American representation.

“They need to change the complexion of the president’s team,” Bailey said. “Caboni needs people that can tell him when he’s wrong.”

Bailey said that the university’s new hiring policies and straightened police partnership could be positive steps toward combating racism on campus, but he wants to know how these strategies will be specifically carried out.