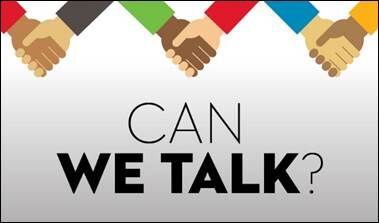 Campus and community leaders in Bowling Green are planning conversations about race and healing as peaceful protests continue in the city this week.

This Friday, staff with the WKU Counseling Center are leading a conversation with members of WKU’s faculty and staff called Can We Talk? in a Zoom meeting that will take place at noon on Friday. The goal of the gathering is to gather members of the white WKU community as well as others to talk about how WKU Faculty & Staff can create a more inclusive environment. Karl Laves, the Associate Director of the WKU Counseling Center, says he believes that in order for the conversation to be a constructive one, faculty and staff members must acknowledge the fact that American culture generally treats whites more favorably than their minority coworkers.

“Our campus, like any other campus, is not immune to systemic racism and to be better able to see systemic racism, we need to take ourselves through an examination of white privilege,” Laves said in an email.

“We have a community that’s hurting right now,” Dearbone said.

The idea of a virtual prayer service was chosen because the Bowling Green NAACP wanted to connect with local churches through multiple social media platforms, such as Zoom, Facebook, and YouTube, Dearbone said. The upcoming service was originally slated for August, around the time that schools would be reopening, but the Bowling Green NAACP decided that healing through prayer would be necessary in a time in which race-related protests are occurring across the country in response to the controversial deaths of George Floyd in Minneapolis, Ahmaud Arbery in Georgia, and Breonna Taylor in Louisville.

Howard Bailey, the second vice president of the Bowling Green NAACP and the former vice president for Student Affairs, believes that the prayer service does have the potential to serve as a healing agent for members of the organization.

“It’s spiritually comforting for those who are dealing with the national uproar,” Bailey said.

Dearbone hopes that Bowling Green does not have to experience the rioting and looting that has taken place in Minneapolis, Atlanta, and Louisville, but he is pleased with people who gather together to promote what they believe in without acting violently.

Another Black Lives Matter protest occurred in Bowling Green on Wednesday. The protest began at the Warren County Justice Center and ended at the Bowling Green Police Department station on Kentucky Street.

“In the face of all this, I’ve seen so many people come together for peaceful protests,” Dearbone said.

When Laves gathers with his colleagues via Zoom on Friday, he doesn’t know what the ultimate impact of the conversation will be, but he hopes that the discussion will serve as a “starting point” for future discourses.

“We think that the more we open ourselves to examination, the less likely we will be to perpetuate attitudes that dismiss, ignore, or devalue people of color,” Laves said. “We feel we have a duty to let students know that we do not condone racism and having a group for self examination is one of the many things this campus does and can do to ensure students can be free of racism while here at WKU.”

On Friday, BG Freedom Walkers will host a peaceful protest at Circus Square Park at 5 p.m.