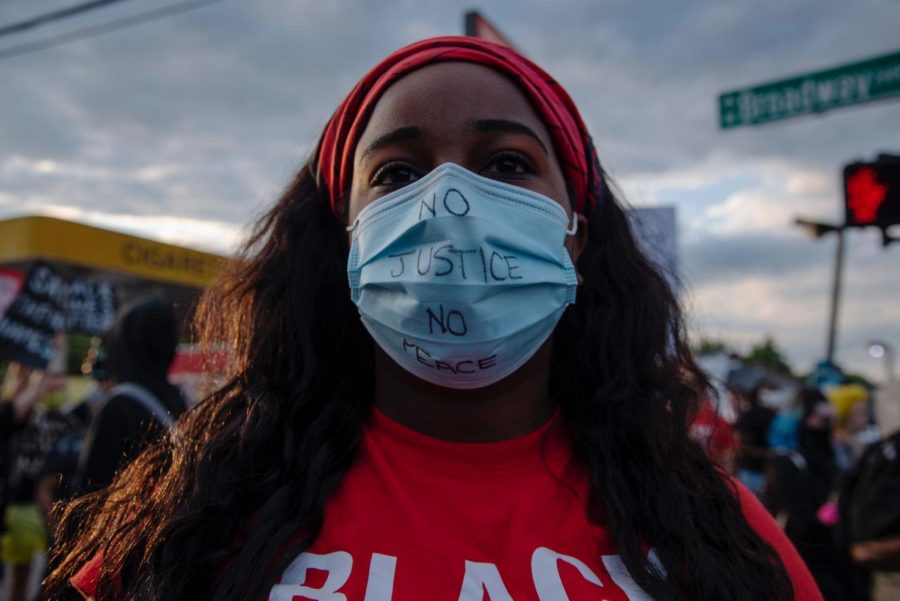 A protester wears a face mask reading “no justice, no peace,” at the intersection of 26th St and Broadway in Louisville on June 1. Protesters marched from Jefferson Square to Dino’s Food Mart on S 26th St and W Broadway in honor of David McAtee’s recent death at the hands of the National Guard and LMPD.

The wrongful killing of three black Americans, Breonna Taylor, George Floyd and Ahmaud Arbery, over the past few months have caused a resurgence of protests around the world focused on addressing issues of inequality and police brutality.

Peaceful protests have been organized in cities across the country where individuals gather to fight for justice and peace.

While organizations like Black Lives Matter are calling for protesters to assemble peacefully and voice their concerns, some riots have ensued in interactions between demonstrators and law enforcement. The use of tear gas by police in some of these protests have sparked conversation nationwide.