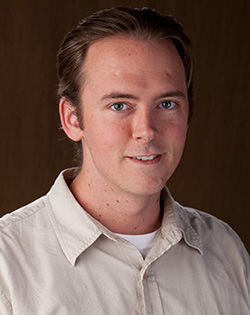 The Potter College of Arts and Letters announced in a news release on Thursday that Ron DeMarse has been hired as the new interim director of the School of Media. DeMarse will assume the position on July 1.

DeMarse replaces Robert Dietle, who had served as interim director since 2017. The SoM has conducted three director searches since its last director, Loup Langton, resigned in October 2016. DeMarse has been an associate professor in the SoM and a coordinator for the broadcasting and film programs since 2013.

The latest SoM director search included five candidates. Larry Snyder, the dean of Potter College, said in an email that the SoM director search would be “suspended indefintiely as we wait to see what the employment climate looks like next year”. Snyder believes that DeMarse can effectively lead the SoM in the meantime.

“He is thoughtful, deliberate, and focused, and will bring a media professional’s sensibilities to the leadership of the SoM at this important moment in its history,” Snyder said. “ I am very grateful that he has agreed to serve his colleagues and students in this capacity.”